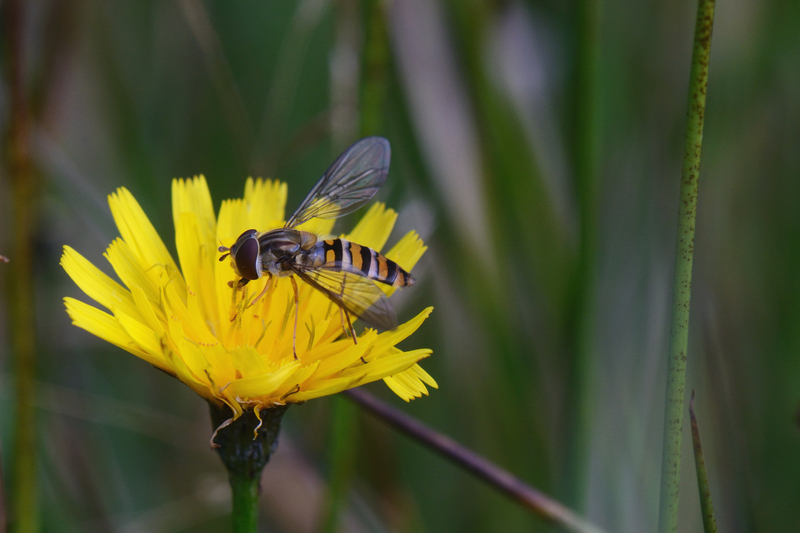 Photographer
Gert S Laursen/Ritzau Scanpix
Mail Facebook Linkedin Twitter
It would be nice if that irritating hoverfly would just disappear. Wouldn’t it? No. Not at all! Hoverflies are one of the most important insects in the Nordic Region, along with wild bees, bumblebees, and butterflies.

Hoverflies are pollinators in that they move pollen from one plant to another and fertilise them, allowing them to produce fruit and set seed. Pollinators play a vital role in helping us put food on the table.

However, some pollinators are having a hard time in the Nordic Region.

The problem is that natural areas in the region are getting smaller and less cohesive. As pastures regrow, wetlands are drained, forests are cultivated, and natural land is turned into arable land and treated with various plant protection products, the ability of wild flowers and insects to make themselves at home is diminished.

In the Nordic Region, these insects are important, primarily for the cultivation of oil crops such as rape and flax, legumes such as beans and peas, and for clover.

Then there’s gardeners, who get much better crops when fruit trees and berry bushes are pollinated by insects.

According to the biodiversity science panel, there is a global decline in pollinators. The panel estimates the annual cost of the threat posed to crops at USD 577 billion.