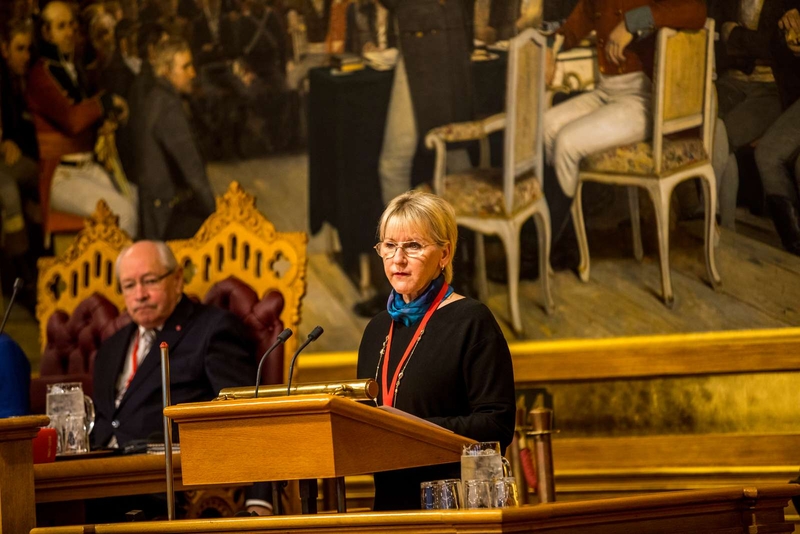 Photographer
Sara Johannessen
Mail Facebook Linkedin Twitter Sign up to newsletter
The Nordic Freedom of Movement Council delivers A year ago, the Council was given a stronger political mandate. So far in 2018 it has consigned 14 barriers to freedom of movement in the Nordic Region to the history books. The Swedish Minister for Nordic Co-operation, Margot Wallström, is particularly pleased that several problems with unemployment insurance have been solved for cross-border commuters.

The single most popular aspect of Nordic co-operation is the ability to work study or live anywhere in the Region.

The role of the Freedom of Movement Council is to encourage the national governments to deal with any barriers to mobility that arise because agencies interpret rules differently or national legislation clashes with that of the neighbouring nations.

Focus on business and work

Last year, the Ministers for Nordic Co-operation extended the Council’s remit, e.g. the national representatives on the Council were granted greater powers to convene meetings with the ministers, ministries and agencies involved.

The top priorities for the Freedom of Movement Council in 2018 have been to remove barriers to mobility for businesses and cross-border commuters. It has also concentrated on doing away with as many as possible of the barriers identified previously, managing to get rid of 13 of them and writing off one as an intractable problem.

Three barriers concerning unemployment insurance have been removed by amending legislation in Sweden.

Eva Tarselius Hallgren (Sweden) has chaired the Council in 2018.

As well as improvements to unemployment insurance, she is particularly pleased that it is now possible to import Norwegian salmon fry, which represents a major step forward for Swedish aquaculture.

“Given that business was identified as a particular priority in our new mandate, it was particularly important to focus on this issue,” she says.

Important for the people of the Nordic Region

The extended remit has allowed the Freedom of Movement Council to push governments harder and work more closely with ministers and other networks.

Margot Wallström, chair of the Ministers for Co-operation in 2018 believes that the change has generated results.

“Yes. In fact, we have solved a record number of problems this year. It makes a big difference for the people of the Nordic countries because it makes it easier to live and work elsewhere,” she says.

Here are the 13 barriers to cross-border freedom of movement eliminated during the year:

1. The right to join a Swedish unemployment insurance fund after the age of 64.

2. Applying for membership of the wrong Swedish unemployment insurance fund could, in the past, lead to losing the right to income-related payments.

3. Changes to Swedish legislation, rules and regulations mean that you no longer have to be covered by unemployment insurance in different countries without any gaps to avoid lower benefit payments.

4. A mobile reception unit is no longer allowed to act as the first point of arrival for animal foodstuffs imported into Finland.

6. Denmark has dropped its requirement that non-Danish driving licences be swapped for Danish ones.

7. Finnish young people are now able to take internships in other Nordic countries as part of their studies.

8. Compensation has been introduced for patient travel costs between Norway, Finland and Sweden (this barrier has not yet been removed completely in Sweden)

9. The right to take guide dogs on trips to other countries.

10. Norwegian upper-secondary education is now available to all young people from the Nordic Region after the abolition of a requirement that said applicants had to be registered in the country when they applied.

11. It is now possible to import Norwegian salmon fry into Sweden.

12. Travel documents no longer need to be shown on flights between Iceland and other parts of the Nordic Region.

13. Citizens of third countries working at the European Spallation Source (ESS) and living in Denmark now have the right to social security.

The 13 barriers to cross-border freedom of movement removed in 2018.