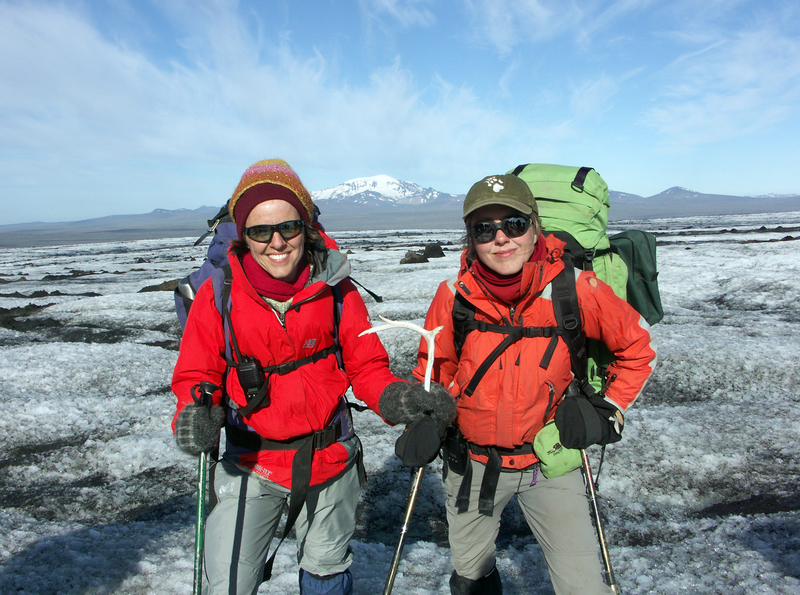 Photographer
Hjálmar Sveinsson
Mail Facebook Linkedin Twitter
Ásta Arnardóttir and Ósk Vilhjálmsdóttir are nominated for having organised trips for a large number of people to an area in the central highlands of Iceland which was threatened by plans to build a power station. They organised trips in 2003-2006 into a magnificent area, where there were plans to build the Kárahnjúkur Power Plant. Now, for the most part, the area has disappeared under Hálslón, the reservoir for the 700 MW hydroelectric power plant which supplies the aluminium factory in Fjarðabyggð with energy.

This is one of the most controversial hydroelectric power stations in Iceland. In the period 2003-2006 they guided roughly one thousand people round in this precious landscape, which was a sanctuary for reindeer and geese 600 m above sea level and where the great glacier Vatnajökull had created fertile soil. Even though Ásta and Ósk have stopped their direct partnership, they continue now individually to guide people round in these areas of the central highlands of Iceland which are threatened by construction work. Ásta's work focuses on yoga between the hills with the aim of increasing awareness of the preservation of nature and the importance of protecting the earth's flora and fauna, and Ósk specialises in trips and outdoor courses for children and young people. Articles on these two and their enterprising initiatives have been published in Icelandic newspapers and different outdoor magazines, including the French magazine TREK.