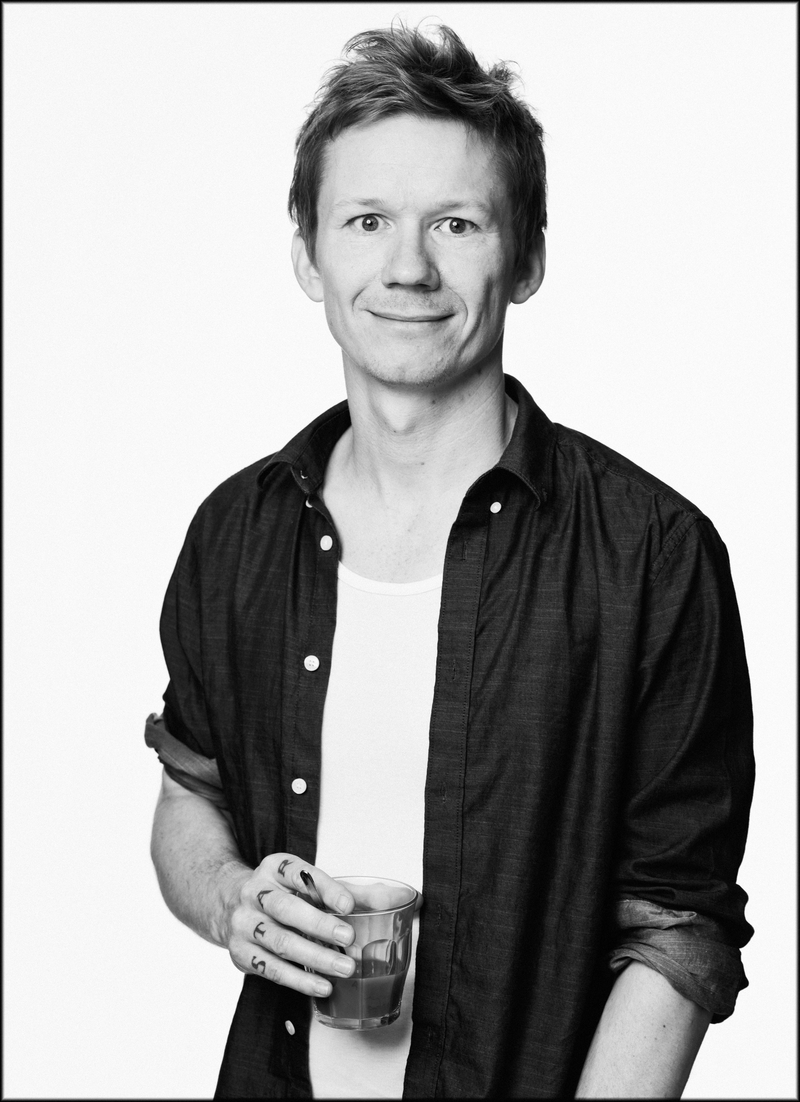 Jakob Martin Strid made his debut in 1997 with the socialist comic book, Vi hader alting (“We Hate Everything”), and achieved his popular breakthrough through an anarchic, satirical comic strip, Strid, which appeared in the daily newspaper Politiken between 2000 and 2003. But the author’s pursuit of more room for imagination and humanity led him slowly but surely in the direction of the children’s book, with his characteristic line and narrative style.

Like all the very best tellers of fantastic stories, he can unlock the imagination of both children and adults – and this is usually done by using refined humour as the key.

Strid is familiar with the classics of the genre, such as Robinson Crusoe, Alice in Wonderland, Winnie the Pooh, Donald Duck, Marsupilami, The Forest of Huckybucky, the writings of Sven Nordqvist and Ole Lund Kirkegaard, Hayao Miyazaki’s animated films, and of course Tove Jansson’s Moomins and their universe. He draws upon these sources and blends them into his very own, original universe, giving the reader access to a wondrous, twisted, disturbing and fantastic world that both provides grounding and liberates the imagination. His first children’s books were populated by people in strange surroundings, but lately the animals have taken over; not cutesy little characters like those of Richard Scarry, but animals with real human edge and character. These are collected in the stories of the little blue elephant Mimbo Jimbo and his friends.

In the nominated book, Mimbo Jimbo’s friend, the hippo Mumbo Jumbo, plays the leading role. He is sent to the woods to pick chanterelles, but happens to taste a mystery mushroom that makes him so big that he can’t even get a comforting hug from his mother.

In all its simplicity, the action involves returning him to his normal size, which brings him, hovering in a Pierre Baussin bathtub, to Siberia, where the witch Baba Jaga helps him by means of a nuclear missile.

The book exudes the joy of storytelling, but also contains ingenious meta questions that deal with the book’s creation and character, e.g. through interviews with the participants in the action, and with embedded questions from the author to himself.

Jakob Martin Strid is well on his way to achieving iconic status among young readers and their parents, and with Da Mumbo Jumbo blev kæmpestor (“When Mumbo Jumbo Grew Ginormous”) he has retained the literary quality and originality that led to him being awarded the Crown Prince and Princess’s Culture Prize in 2012 and the Silas Prize in 2013, by the Crown Prince and Princess and the Danish Academy, respectively.