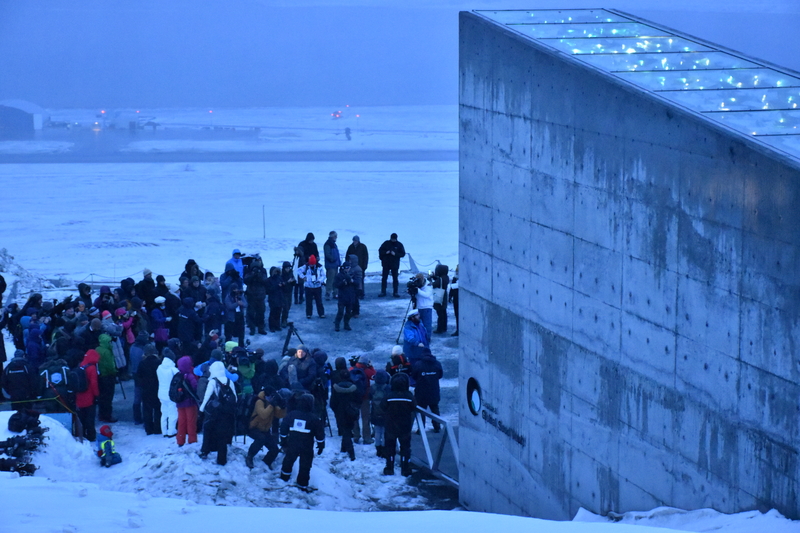 Photographer
Torfí Jóhannesson - norden.org
Mail Facebook Linkedin Twitter Sign up to newsletter
When experts say that the Global Seed Vault, located in Svalbard, probably is the most important room in the world they are not kidding. People all over the world should listen. Here is why.

Plant genetic resources are one of the most valuable assets of human societies. The plants we use today are cultivated variants - the results of thousands of years of breeding efforts – that have been adapted to our tastes, needs and industrial production methods. During the millennia a wealth of cultivars has been bred to suit different growing conditions; climate, soil, day-length, diseases or pests and societal needs. But with more global and uniform economies and controlled production environments we have become to rely on fewer and fewer of these diverse variants. In fact some 75 percent of plant genetic diversity has been lost since 1990s as farmers worldwide have left their multiple local landraces for genetically uniform, high-yielding varieties. Uniform gene base implies both global and local risks. Today, 75 percent of the world’s food is generated from only 12 plants and five animal species. This means that changes in climate, new diseases or other environmental changes can have widespread impacts for food security.

Counterbalance by art and science

Seed banks represent our efforts to counterbalance the widespread loss of biodiversity. Today, it is estimated that the world’s seed banks contain more than two million seed samples of agricultural plants. Keeping the seeds alive is partly science and partly art. Most of the seeds can be kept for decades in cold and dry containers but how long they survive depends on the species and many other factors. When the seeds start to lose their germination ability they must be planted in appropriate soils and brought to life. As a typical seed bank contains thousands or even hundreds of thousands of different seed accessions this process requires dedicated and skilled staff and appropriate environments. The plants are then harvested and a fresh portion of seeds can be packed and stored again – only to be woken up again decades into the future.

How to safeguard the future

But what if something happens to the store-box? What if the freezer loses power, is flooded, blown up in a military action or compromised in any other way. Most of us have read about the committed botanists at the Valilov institute in St. Petersburg who rather than touching the seed collection starved to death during the WW2-siege of city. They understood the importance of the seed bank for the future of the food production in their country; that once lost these resources might be gone forever.

Therefore, seed banks must have backups – and backups of the backups. And they cannot all be stored in the same building, the same city or even the same climatic zone. We must ensure that even in the most dramatic circumstances, there will always be a safe copy of the plants we rely on for food production somewhere in the world.

In the middle of somewhere

The Svalbard Global Seed Vault is this “somewhere in the world”. Located only 1200 km from the North Pole, carved deep intro the mountainside by the Norwegian government, it can hardly be described as accessible. And it shouldn’t be. The Global Seed Vault contains backup copies of over 40% of the world’s seed collections. Almost one million collections of seeds neatly packed and sealed, waiting for the unlikely catastrophe to hit the originals. The seed vault has sometimes been referred to as “the most important room in the world”. That may be an overstatement, but it is certainly one of the most important insurance schemes in the world. And it works!

The war in Syria left an important seed vault in Aleppo unreachable – cutting off access to more than 135.000 varieties of crops, most of them already extinct. These seeds are of particular historical and cultural significance because the cradle of agriculture was in and around the lands of ancient Syria. Perhaps more importantly the old Syrian crops had desirable genetic traits such as heat and drought resistance. Fortunately, the vault in Aleppo had duplicates in The Svalbard Global Seed Vault. In 2015 90.000 collections of seeds were taken out of the Vault and shipped to Lebanon and Morocco to create new replacement gene banks. As soon as new seeds were produced, backup copies were sent back to Svalbard for extra safety.

This is how gene banks work. They keep track of the enormous diversity of plant cultivars bred by the world’s farmers. And luckily, we are becoming more aware of the value of diversity, when it comes to food. People around the world are re-discovering the tastes and textures embedded in the forgotten variants of agricultural plants. There are grades of bitterness that had been bred away in exchange for sweetness – toughness shapes and colours, which have become more uniform. So next time you see an oddly shaped cabbage or a not so sweet carrot, don’t shy away – this might be your chance to save the world. 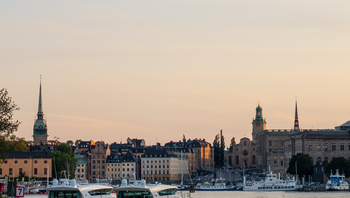 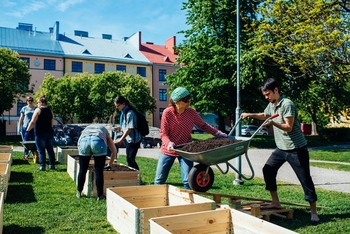