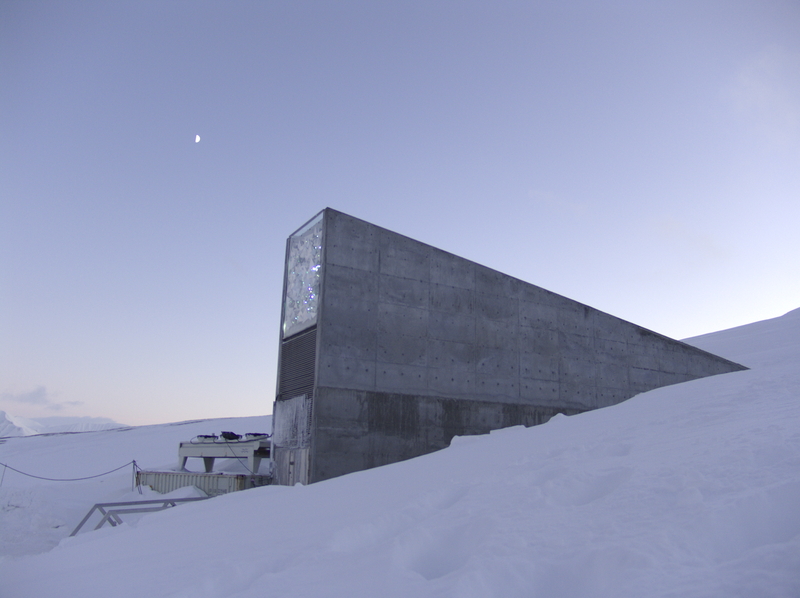 Photographer
Mari Tefre/Svalbard Globale frøhvelv
Mail Facebook Linkedin Twitter Sign up to newsletter
The Global Seed Vault in Svalbard passed the magic limit of over 1 million seed collections that are conserved in the vault.

Today, at the 10 years anniversary of the Global Seed Vault, gene banks from all around the world gathered in Svalbard to mark a decade of fruitful co-operation. The Svalbard Global Seed Vault is an important link in keeping the worlds plant genetic resources safe for future use. Over 70 seed banks have accepted deposited seed collections in the Seed Vault and as for today, over 1 million seed accessions have been delivered to Svalbard.

The Svalbard Global Seed Vault has now been operating for 10 years. It is remote, cold, mysterious and above all – very safe. It was built by the Norwegian Government and is operated by a consortium of three partners: The Norwegian Government, Crop Trust and Nordic Genetic Resource Centre.

NordGen is an institution under Nordic Council of Ministers. As such NMC are is an active sponsor of the the important work performed by the Global Seed Vault.

- Nowhere else in the world has a group of countries pooled their plant genetic resources and placed them under a common administration and made them freely accessible. There are many reasons for why this is possible here in the Nordic countries but many of them have something to do with trust. We trust each other – we trust our politicians and we have confidence in the future, says Secretay General of the Nordic Council of Ministers Dagfinn Høybråten.

In June 2006, the then Norwegian Prime Minister Jens Stoltenberg announced the decision for building the Seed Vault in Svalbard. To commemorate the decision, the heads of governments from the five Nordic countries attending the occasion poured seeds into a symbolic glass cylinder filled with stones from the area where the Svalbard Global Seed Vault was going to be constructed.

For the first time in 10 years, the Foundation Stone was opened today – not for withdrawal but to add more seeds. The ceremony was introduced, by the Norwegian Minister for Agriculture and Food, Jon Georg Dale, after which he, and the Secretary General for the Nordic Council of Ministers, Dagfinn Høybråten poured in Nordic seeds.

Then, representatives from seed banks all over the world brought in symbolic seed samples from their homes.