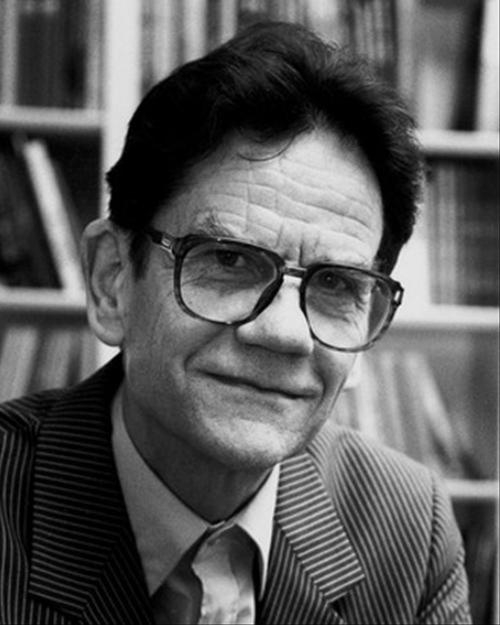 “To me, writing is not so much a question of conceiving as of discovering and interpreting,” was how Villy Sørensen explained his writing. People have also described him as being neither a poet nor a philosopher. He was both rolled into one. He rewrote myths, he wrote social-analytic essays, he described a range of figures of philosophy and culture: Nietzsche, Kafka, Seneca, Wagner, even Jesus (and Christ)! He has told the story of Hans Christian Andersen’s life for children. Of free will, short stories, memories, trifles: all of it deeply contemplated, limitless learned and emotionally riveting.

Uden mål – og med: moralske tanker was the first collection of essays awarded the Nordic Council Literature Prize. Villy Sørensen diagnoses and debates a number of difficulties facing human beings in modern society: Moral and social impacts of modern science and technology, the problem of power and the development or phasing-out of political utopias and questions of the situation of art and philosophy in modernity. Thus, he illuminates a wide range of human activities, merging it all in a couple of questions evident in the Danish title: can humans live without goals? But also: can humans live with goals?

The Nordic Council Literature Prize 1974 is awarded to the writer Villy Sørensen for his essay collection "Uden mål – og med". In his dialectical fusion of concepts and phenomena from different areas of life, he has emphasised the common problem of art, science, morality and politics steering towards mankind’s dream of a better future, all expressed in a highly artistic conscious prose.