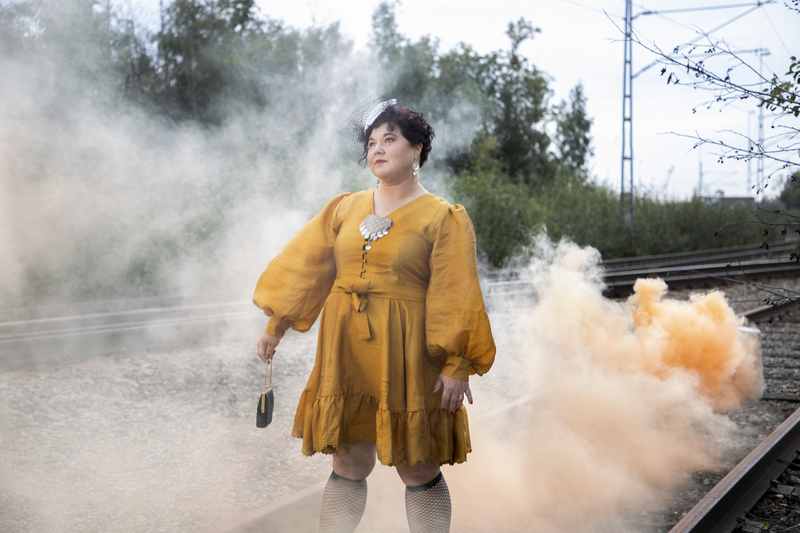 Grammy-nominated artist Sara Ajnnak from Sweden is performing at The National Arts Centre in Ottawa and at Harbourfront Centre in Toronto.

Mail Facebook Linkedin Twitter Sign up to newsletter
Halfway through the year, the cultural initiative Nordic Bridges has launched an exciting summer programme that extends long into the autumn. Highlights include the musical acts Eivør, Sigur Rós, Kolonien, and VÍLDA, the visual art exhibition Arctic Highways, the Nordic Dance Short Film Festival, and some of the world’s best contemporary circus performers.

The year-long exchange of art, culture and ideas between Nordic and Canadian artists – led by Harbourfront Centre in Toronto and supported by the Nordic Council of Ministers, – presents performances, premieres and events across Canada, – involving artists from all the Nordic countries.

“As we cross the halfway point of Nordic Bridges, our twenty-two national arts partners have collectively featured more than 195 Nordic artists and groups on their stages and screens and in their gallery spaces. It is not an understatement to say that this is a critical time for the arts worldwide, and we know that the rich artistic partnerships between Canadian and Nordic artists this year will mean incredible new work to be experienced across the country and around the world for years to come,” says Iris Nemani, Chief Programming Officer at Harbourfront Centre & Executive Producer, Nordic Bridges.

Nordic concerts and performances all over Canada

The National Arts Centre in Ottawa, the Toronto International Festival of Authors, BreakOutWest in Calgary and other cultural institutions and festivals are presenting an impressive number of musical acts, theatre, dance and art performances involving Nordic artists across Canada the following months. Here’s a selection of Nordic highlights taking place in July, August and September:

Link to the full programme (nordicbridges.ca)

Nordic Bridges-supported music, theatre, film, dance and more will also feature at the National Arts Centre in Ottawa over the next few months. The programme features the award-winning singer-songwriter Eivør, the Swedish band Kolonien and the Grammy-nominated artist Sara Ajnnak –to mention just a few highlights.

“The National Arts Centre is honoured to be showcasing extraordinary Nordic and Canadian performing artists through Nordic Bridges, and we share its values of creativity, innovation, inclusivity, resilience and sustainability,” says Christopher Deacon, President and CEO at National Arts Centre in Ottawa.

Keep up to date!

The list of events, artists and acts will be regularly updated throughout 2022. Keep up to date by following #NordicBridges on social media.

The year-long cultural venture initiated by the Nordic ministers for culture and led by Harbourfront Centre in Toronto – one of Canada’s leading arts and culture institutions – will engage artists and cultural stakeholders from all the Nordic countries. The key programming pillars of Nordic Bridges are artistic innovation, accessibility and inclusion, indigenous perspectives, resilience and sustainability.  This international venture, which seeks to raise awareness about Nordic art and culture in Canada throughout 2022, is the most comprehensive ever.

Learn more about Nordic Bridges (nordicbridges.ca)
Contact information
Eva Englund
evaeng@norden.org
+45 60 39 42 09
Elisabet Skylare
elisky@norden.org
+45 2171 7127
Nordic cultural initiatives
The Nordic Region has a strong, high-quality and diverse art and culture sector, which is in great demand internationally. The Nordic ministers for culture initiate initiatives outside the Nordic Region that will lead to greater interaction between Nordic culture and the rest of the world and raise the profile of Nordic culture.
How can we help you?
More 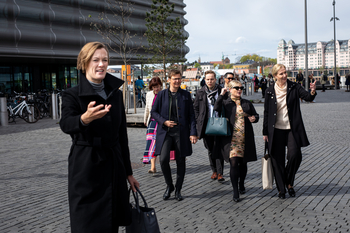 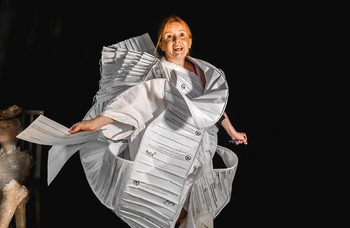 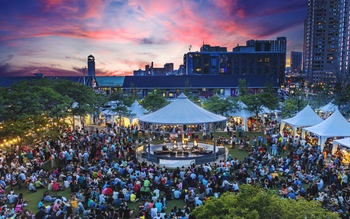