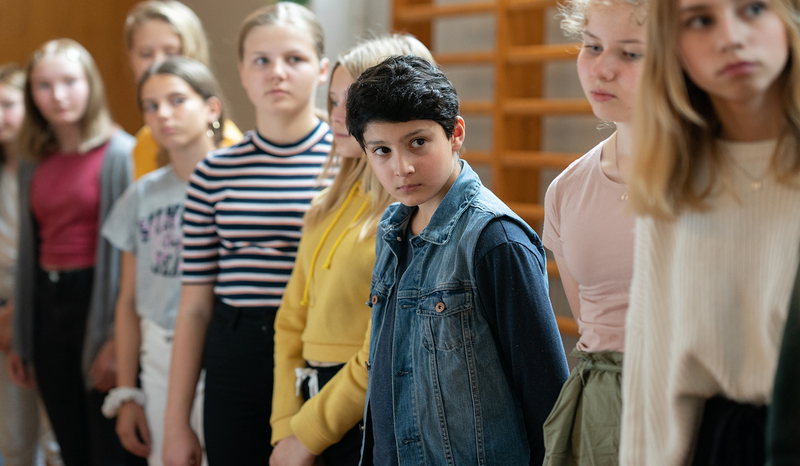 13-year old Ramin Mehdipour and his Iranian family have been living in a refugee centre in Finland. Just as Ramin starts to enjoy the school holidays, the family receives the terrible news their asylum application has been denied. The Mehdipours file a final appeal, and they continue with their everyday lives, trying to keep a positive attitude despite the looming danger of deportation. As Ramin starts the new school year, every moment, every friendship will be more precious than ever.

Any Day Now (Ensilumi) is a universal and poetic story of a family that stands together in love – even when they’re denied tomorrow. Director Hamy Ramezan trusts his audience. His grasp is both firm and gentle, and he doesn’t hesitate to reach for grand emotions and humour. The acting is first class.

Hamy Ramezan (1979) is a Finnish-Iranian film director and screenwriter.

Having fled persecution in Iran, and survived Yugoslav refugee camps as a young boy, Ramezan and his family arrived in Finland in 1990. He graduated from the film school at UCA in Farnham in the UK in 2007, and has since completed several short films. Over the Fence, for instance, won the Special Jury Mention at Clermont-Ferrand, while Listen (2015) was selected for the Directors’ Fortnight in Cannes and was nominated for Best Short Film at the European Film Awards. Any Day Now is his feature debut. The film had its world premiere at the Berlinale Generation 14plus 2021. Ramezan’s next feature project Madly in Love (working title), written again with Antti Rautava, will be a love story about single parenthood and anger management.

Antti Rautava was born in Helsinki in 1979. Rautava graduated from Lahti Institute of Design’s Film and TV programme in 2007. He has written short films, plays and prose. Any Day Now, co-written with writer/director Hamy Ramezan, is his first feature-length screenplay.

Jussi Rantamäki (1980) was born in Kokkola, Finland. Rantamäki has worked for Aamu Film Company since 2008 and became sole owner in 2013. The producer has established long-term relationships with a raft of auteur filmmakers that he nurtures, working with them on their shorts then helping them reach wider audiences with more ambitious international features. Rantamäki was executive producer of Juho Kuosmanen’s The Painting Sellers which won the Cannes Cinéfondation Award 2010. He then produced the director’s acclaimed feature debut The Happiest Day in the Life of Olli Mäki which won the Prix Un Certain Regard in Cannes 2016 and was nominated for the Nordic Council Film Prize.

Emilia Haukka is a full-time producer at Aamu Film Company, where she has worked on half a dozen shorts, feature-length films and documentaries over the last couple of years. Those include Elina Talvensaari ‘s documentary Lady Time, Special Jury Award winner at Thessaloniki 2020, and Hannaleena Hauru’s comedy Fucking with Nobody. Together with Jussi Rantamäki she produced the film Compartment no. 6, which won the Grand Prix prize in Cannes in 2021, and Mikko Myllylahti’s upcoming film The Woodcutter’s Story.