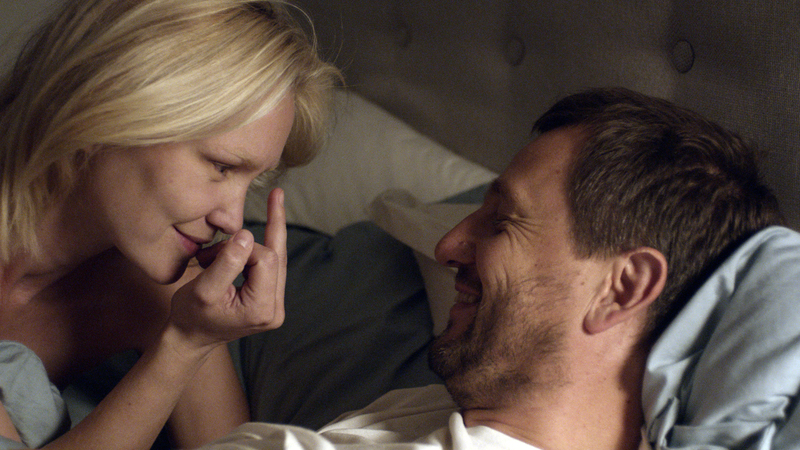 Having recently lost her sight, Ingrid retreats to the safety of her home, a place where she can feel in control, alone with her husband and her thoughts. However, Ingrid’s real problems do not lurk beyond the walls of her apartment, but lie within – and her deepest fears and repressed fantasies soon take over.

Eskil Vogt is known for his collaborations on manuscripts with Joachim Trier. His debut as director of a full-length feature film is a strikingly original, daring and funny film about a blind woman’s imagination. Ellen Dorrit Petersen gives a brilliant performance as a devil-may-care woman who isolates herself after losing her sight. Using her computer, she writes about two characters whose solitary existences mirror her own. Vogt’s remarkable script has been transformed into a playful, challenging and visually gorgeous film, which offers a uniquely sensitive reflection on humanity.

Born in 1974, Eskil Vogt graduated from the prestigious French film school La FEMIS in Paris. Two short films made during his time in France – An Embrace (2003) and his 2004 graduation film Strangers – won several international awards.  Considered one of Norway’s leading scriptwriters, Vogt is known for his collaboration with director Joachim Trier on the multi-award-winning films Reprise and Oslo, August 31st (2011 Nordic Council Film Prize nominee), as well as the upcoming English-language film Louder than Bombs. He is currently writing his second feature as a director.

Vogt and Trier shared a Film & Kino Aamot statuette in 2007 for “Most outstanding effort in Norwegian filmmaking”.

Born in Stavanger in 1953, Sigve Endresen is CEO of Motlys, one of Norway’s leading production companies, set up in 1983.

As a director, Endresen has been honoured for his documentaries Living Amongst Lions and Big Boys Don’t Cry. He is the recipient of the Aamot statuette, the Norwegian film industry’s highest honour.

Born in 1972 in Oslo, Hans-Jørgen Osnes joined Motlys in 2011. He worked as first assistant director on Joachim Trier’s Reprise and Oslo, August 31st, which he also produced.

Eskil Vogt’s drama Blind, which won the screenwriting award at Sundance 2014, is his second feature as producer. He is currently working on Aasne Vaa Greibrokk’s feature debut All the Beauty.