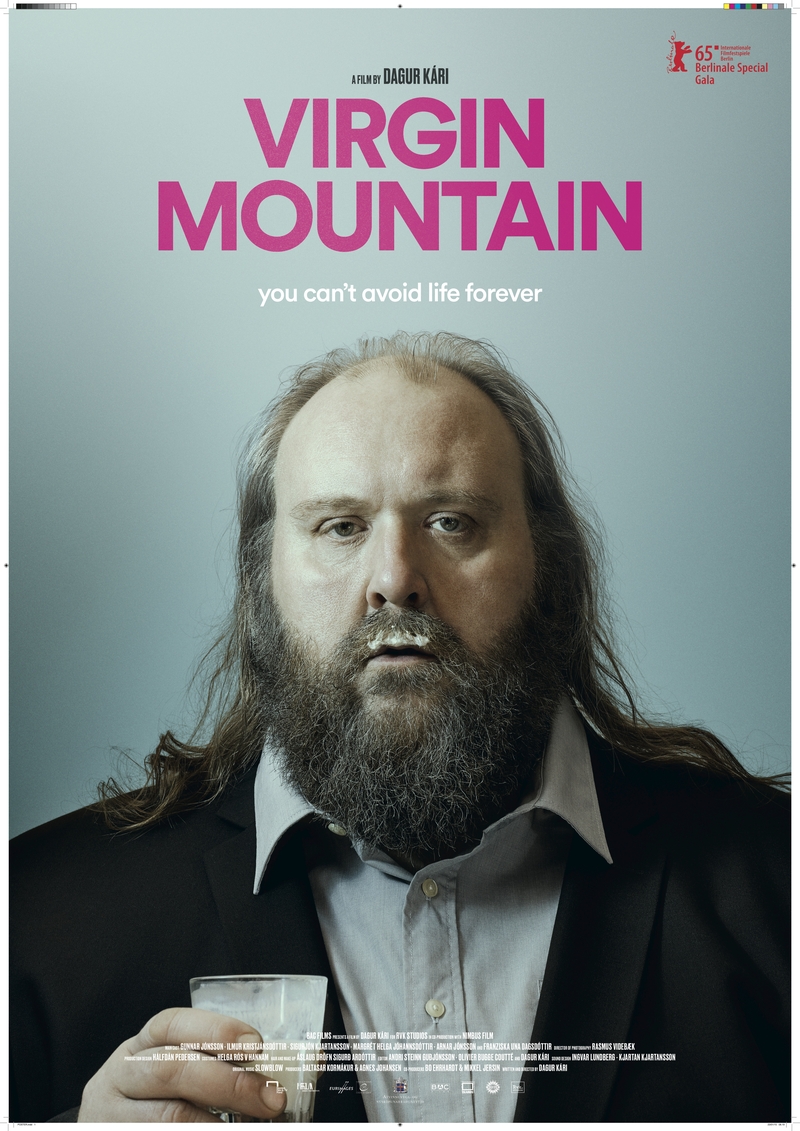 Fúsi is in his forties and he has yet to find courage to enter the adult world.

He sleepwalks through everyday life, where routine is key. When a bubbly woman and an 8-year old girl unexpectedly enter his life, he is forced to take a leap.

With a delicate touch, director Dagur Kári´s Virgin Mountain is a moving coming-of-age portrait of a gentle giant. In a skilfully nuanced way this humanistic film conveys both inner torment and offbeat charm, while its symbolic interaction of items big and small conveys such universal themes as goodness, giving and grace.

Dagur Kári was born in France (1973), raised in Iceland and he studied filmmaking in Denmark. His feature debut Noi Albinoi (2003) was a worldwide hit and his second film Dark Horse premiered at Cannes’ Un Certain Regard. His English language debut The Good Heart was nominated for the 2010 Nordic Council Film Prize.

Kári is currently employed at The National Film School of Denmark as Head of the Director’s Programme. He is also a musician with the band “slowblow”.

Born in Iceland (1966) Kormákur is an actor, producer and director, whose work spans theatre, film and television. Since his feature debut 101 Reykjavik, he has become a major international talent by gradually building his name as an auteur with commercial flair, alternating works in Iceland and Hollywood. Four of his films have been nominated for the Nordic Council Film Prize: A Little Trip to Heaven (2006), Jar City (2007), White Night Wedding (2008) and The Deep (2013).

In Hollywood his most successful works include Contraband and 2 Guns. His next feature Everest opens in the US on September 18, 2015. Upcoming Icelandic projects produced for his company RVK Studios, include the TV series Trapped.

A former TV host for children's programmes, Johansen was Director of Children's Programming for Iceland’s Channel 2 before turning to film production. Since 2003 she is Baltasar Kormákur’s close production collaborator. She has produced eight films with him such as Sólveig Anspach's Stormy Weather, Kormákur’s Jar City, The Deep and Oskar Jónasson’s Reykjavik-Rotterdam. Johansen is currently producing Börkur Sigþórsson’s debut feature Mules.