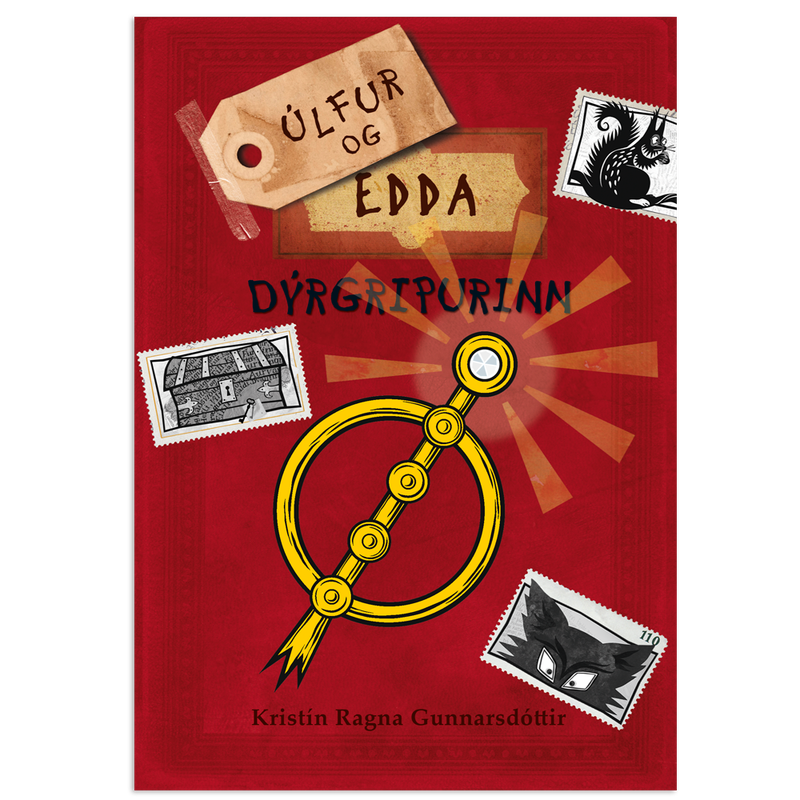 Edda faces the prospect of spending the whole summer with her hyperactive stepbrother, Úlfur, in Skáholt. Her grandmother is conducting archaeological research there while her father handles the cooking. Her gran’s research is threatened when an important archaeological treasure disappears. Edda and Úlfur embark on a quest to retrieve it that takes them into another world – into Asgard itself. They find themselves tested to the limits in the domain of the old Norse gods and monsters. The quest is dangerous but incredibly exciting, and the two step-siblings quickly realise that you have to be careful when dealing with figures from Norse mythology. But Úlfur and Edda are smart. They complement each other well, and learn to appreciate each other when it counts.

Author Kristín Ragna Gunnarsdóttir combines the contemporary and the ancient in a fun way. Familiar faces from Norse mythology appear, but surprises are also in store as we get to know them better. This isn’t just a rehash of a story we already know. It’s an inventive and innovative supplement to the myths. Úlfur og Edda: Dýrgripurinn (“Úlfur and Edda: The Treasure”, not translated into English) establishes flexible links between the ancient sagas and modern children’s culture. When you look closely, you see common themes in literature from different periods.

Gunnarsdóttir is a graphic designer, illustrator and author. She has received awards and accolades for her books and art. She has twice received the Dimmalimm Prize for her illustrations in books on Norse mythology. She has bachelor degree in comparative literature and a master’s in creative writing.