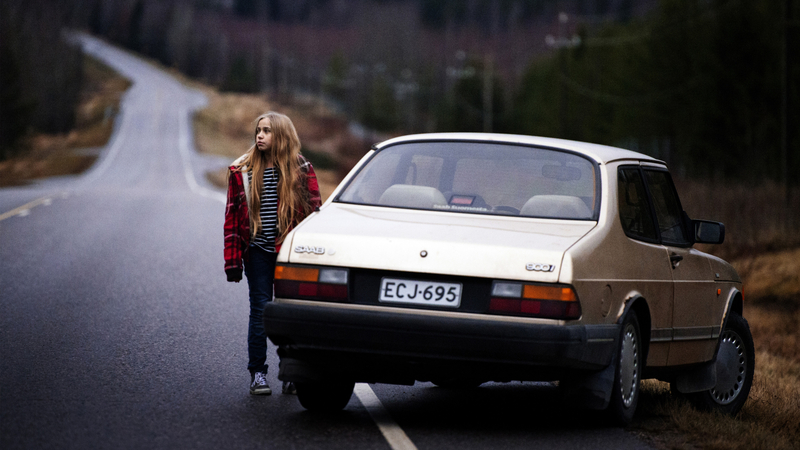 Little Wing tells the story of 12-year-old Varpu (Linnea Skog), who is rapidly approaching adulthood while her mother Siru (Paula Vesala) refuses to grow up. One night, Varpu has had enough of her horse-riding friends and her mother. She steals a car and drives north in search of the father she has never met. Finding him awakens something in both Varpu and Siru, and they begin to realise the roles they play in each other’s lives and in the world.

A young girl attempting to escape the challenges of her everyday life embarks upon a universally relatable adventure. Little Wing is the debut feature by director Selma Vilhunen, whose short film Do I Have to take Care of Everything? was Oscar-nominated in 2014. Twelve-year-old Linnea Skog gives a nuanced performance in the lead role, while Paula Vesala radiates female strength in the role of her mother.

Selma Vilhunen (born 1976) is an Academy-Award nominated director/scriptwriter of fiction and documentary films, based in Helsinki, and co-founder of the production company Tuffi Films.

Vilhunen graduated in film directing from Turku Polytechnic/Arts Academy. She has twice won awards at Tampere Short Film Festival, with her documentaries My Little Elephants (2003) and Pony Girls (2008). Her film Pietà (2007) was awarded the Venla prize for Best Finnish TV film of the year. Her short comedy Do I Have to Take Care of Everything? (2012) was nominated for an Academy Award in 2014. The same year, she directed the documentary Song, and co-directed with French director Guillaume Mainguet the short film The Girl and the Dogs, which premiered at Cannes’ Directors’ Fortnight.

Little Wing, her feature-film debut, had its world premiere at the Toronto Film Festival in 2016 and then visited more than 20 international festivals. It earned Linnea Skog a Jussi award for Best Actress, as well as a Nordic Star Award at BUFF in Malmö.

Vilhunen’s documentary Hobbyhorse Revolution, about a Finnish teen subculture, had its world premiere at the Tampere Film Festival 2017, where it won two awards including the main prize. The director’s next feature-film, Stupid Young Heart, will be released next year in Finland.

Kaarle Aho (born 1968) has a Master’s in History from the University of Helsinki. After his studies in Helsinki and Ireland, he worked as a promoter of Russian classical music in Finland and other Scandinavian countries. In 1996, he set up the production company Making Movies with Kai Nordberg. The company has since produced more than 50 documentaries, ten feature films, two TV series and several shorts. Making Movies’ productions have been distributed and broadcast in more than 40 countries and have won nine Jussi awards, a Venla prize for Best TV Drama in Finland and two Kettu prizes for Best Short Film in Finland. Aho has also written two documentaries, a short film and a novel.

As a producer, his latest feature films include Selma Vilhunen’s Little Wing, Klaus Härö’s Golden Globe-nominated The Fencer, and Law of the Land by Jussi Hiltunen.

Aho has produced documentaries with directors such as Thomas Balmès, Sergey Dvortsevoy, Phie Ambo and Tonislav Hristov. He is also co-producer of Joshua Oppenheimer’s Academy Award-nominated The Look of Silence.