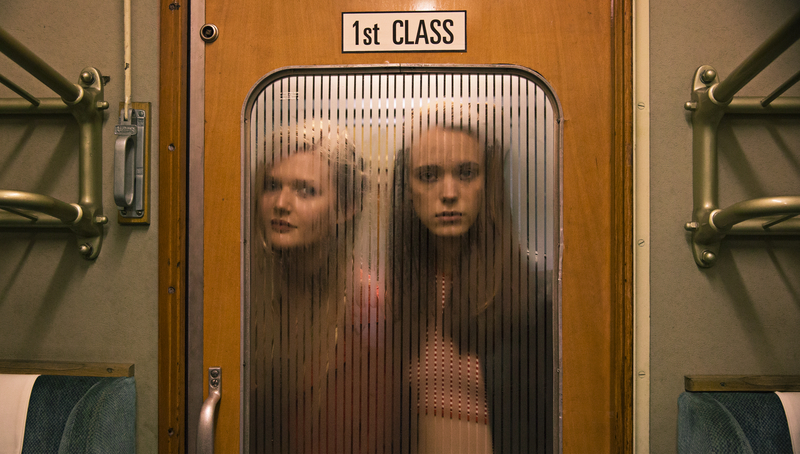 Nymphomaniac is the wild, poetic story of a woman’s journey from birth to 50, as told by the main character, self-diagnosed nymphomaniac Joe (Charlotte Gainsbourg). On a cold winter’s evening, charming middle-aged bachelor Seligman (Stellan Skarsgård) finds Joe beaten up in an alley. He brings her home to his flat, where he tends to her wounds while asking her about her life. He listens intently as Joe, over eight chapters, recounts her sprawling, multifaceted story, rich in associations and interconnected incidents.

Lars von Trier is one of the founders of the Danish Dogme movement that emerged in the 1990s and co-founder of Denmark’s leading production company, Zentropa.

Born in Denmark on 30 April 1956, Lars von Trier graduated from the National Film School of Denmark in 1983. The following year, he had his breakthrough with The Element of Crime, for which he won the Technical Grand Prix in Cannes. Most of his subsequent films won major awards in Cannes and elsewhere. Europa (1991) picked up three Cannes awards including the Jury Prize. Breaking the Waves (1996) won the Grand Prix, and Dancer in the Dark (2000) received the coveted Palme d’Or as well as Best Actress for Björk.

Antichrist (2009), the first film in what he calls his “Trilogy of Depression” (along with Melancholia and Nymphomaniac) won a Best Actress award in Cannes for Charlotte Gainsbourg and the Nordic Council Film Prize. Melancholia (2011) won a total of 31 international awards including Best Actress in Cannes for Kirsten Dunst.

Louise Vesth was born on 18 March 1973. She studied Business Economics at Aarhus School of Business and worked at Jutlandia Film before joining the National Film School of Denmark in 1997. She graduated as film producer in 2001 and went straight to Zentropa. Today, she is one of the company’s main in-house producers, with over 25 films and TV series to her credit. Vesth has produced several films with Christian E. Christiansen, notably his Oscar-nominated short film At Night (2008), ID:A and his upcoming car-racing drama On the Edge. Along with Mikkel Nørgaard, whom she has known since film school, Vesth made the TV comedy series Clown and its feature spin-off Clown: The Movie. She has also produced his two first films based on the bestselling novels by Jussi Adler-Olsen: The Keeper of Lost Causes and The Absent One. Vesth’s collaboration with Nikolaj Arcel began with The Truth about Men (2011 Nordic Council Film Prize nominee) and continued with A Royal Affair (2012), nominated for an Academy Award for Best Foreign Language Film and for a Nordic Council Film Prize. Arcel and Vesth will also work together on the third instalment in the Jussi Adler-Olsen crime series A Conspiracy of Faith (Flaskepost fra P). Nymphomaniac is Vesth’s second collaboration with Lars von Trier after Melancholia.

Louise Vesth was selected as one of the European “Producers on the Move” at Cannes 2008.