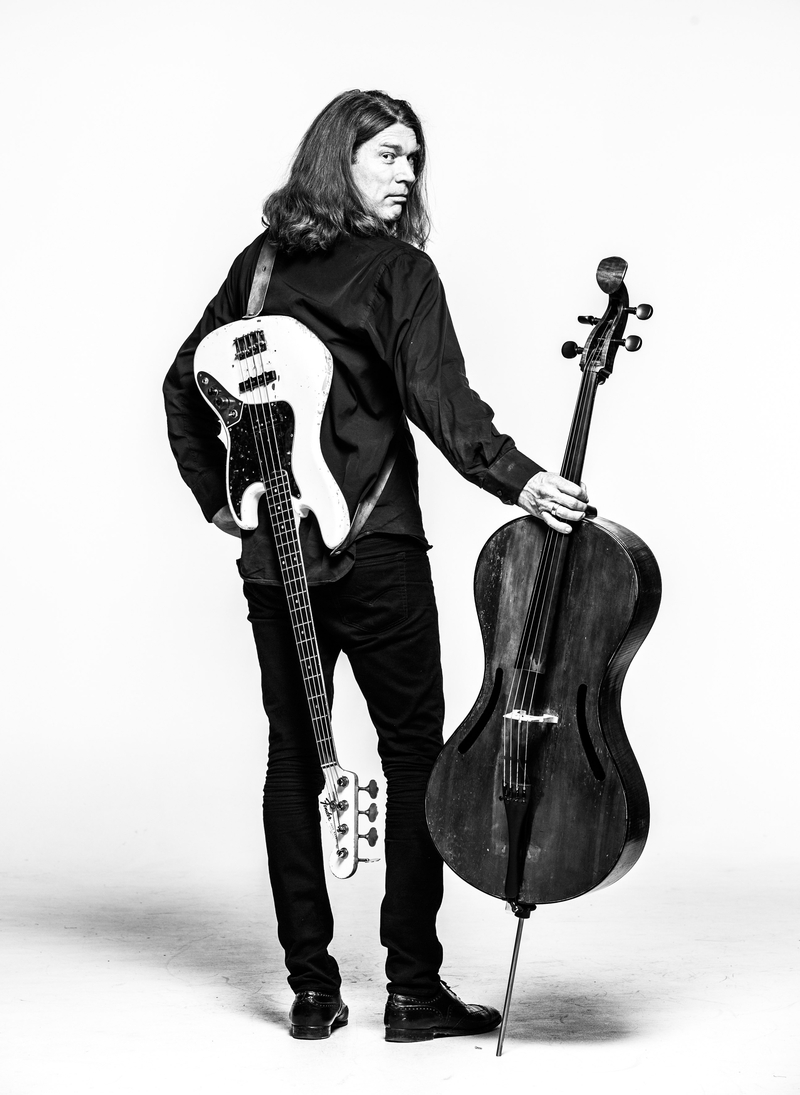 Svante Henryson (1963–) was a young rock bassist in Umeå who chose to go down the jazz path. His obvious talent – and some robust training – landed him the role of solo bassist in Oslo Philharmonic Orchestra. But Svante Henryson wanted more. He took his electric bass to the United States and joined guitar legend Yngwie Malmsteen’s rock band – to which he also brought a cello. Renowned as a leading Nordic bassist, participating in a variety of collaborations that cross genres and national borders, Svante Henryson has now also made a name for himself as charismatic solo cellist and chamber musician. These days, he is much sought after by musicians such as Martin Fröst and Anne Sofie von Otter. In recent years, this multi-faceted multi-instrumentalist has enjoyed great success as a composer, including with an award-winning work for solo violin and the oratorio “Vidderna inom mig” (Wide Open Spaces Within Me), set to lyrics by the Sámi poet Nils-Aslak Valkeapää.