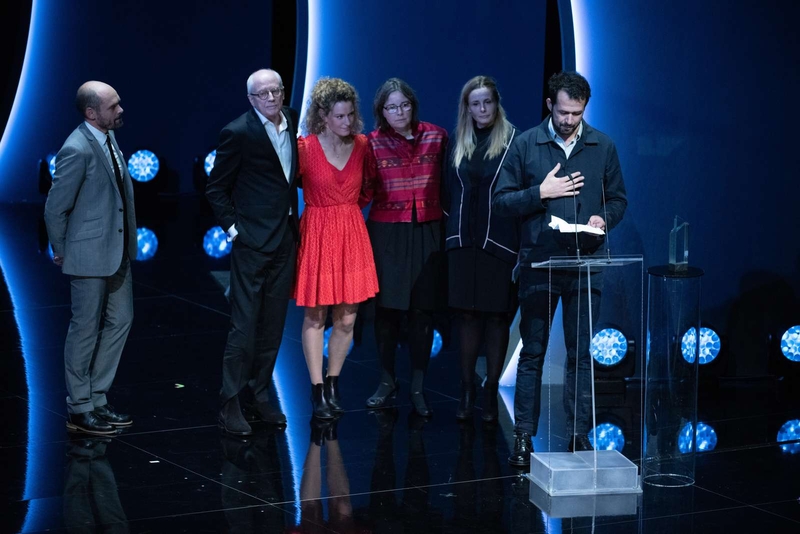 It is not often that aesthetics, politics and humane dimensions combine in such a sublime and artistic piece of film as in Flee. In this animated documentary, the director´s childhood friend, Amin Nawabi, tells for the first time his dramatic story of being both homosexual and a child refugee from Afghanistan, at a time in which he faces a major turning point in his life: getting married.

Flee asks concrete and shivering questions as part of our contemporary migration debate, while simultaneously making it easy for the viewer to see themselves in Amin’s relatable, existential uncertainties, which the film supports with a well-thought-through and sometimes humorous flair for detail and setting.

The animation brilliantly resolves the two practical difficulties with anonymity and lack of physical imagery. The stylish execution delivers a soulful experience, from the depiction of the happy upbringing in Afghanistan, to the vicious flee to Europe. He ends up in Denmark and tries to find safety and a home.

We find that Flee tells a necessary, relevant and touching story about how all people, regardless of their ethnicity, background, age or sexual orientation, have the right to a happy childhood and a safe place to call home. The film was created before many people in Afghanistan recently had to flee from civil war and its relevance has only increased in the wake of these events. But the director manages to not become self-pitying or sentimental in their way of storytelling.

At Sundance, it won the Grand Jury Prize in the World Cinema Documentary category, while at the Annecy International Animation Festival it won Best Feature Film. The film is expected to enjoy much international success in the coming year. The adjudication committee of the Nordic Council Film Prize think this is fully deserved. We therefore unanimously agree that we want to award Flee the 2021 Nordic Council Film Prize.