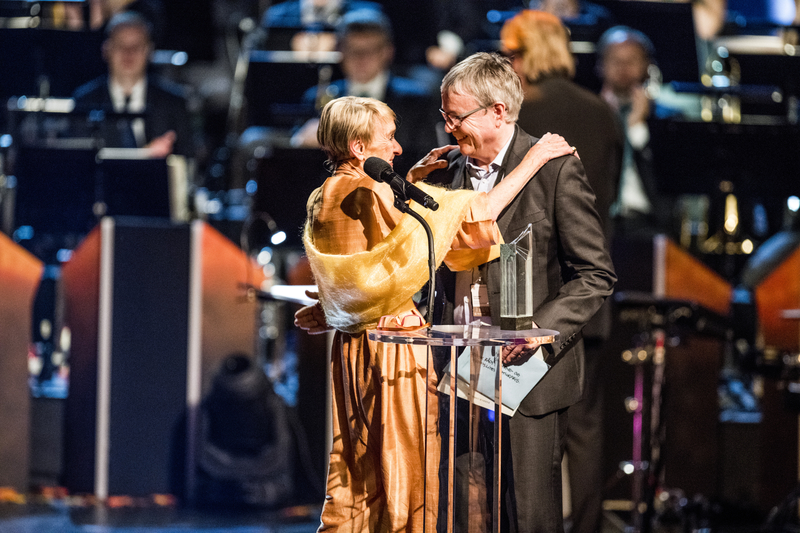 The Nordic Council Children and Young People’s Literature Prize 2018 goes to the picture book Træið (“The Tree”, not translated into English) by the Faroese author Bárður Oskarsson, it has been announced at the award ceremony for the five Nordic Council prizes in Oslo Opera House. In a world in which we are constantly bombarded by stimuli, Bárður Oskarsson receives the award for a tale that dares to take its time.

In the face of constant demands to live our lives at an ever faster pace, we have chosen to honour a story that dares to take its time. In a world in which we are constantly bombarded by stimuli, we have selected a book that makes sparse use of words and unpretentious drawings to tell a tale that is both entertaining and profound. The book is notable for its highly accomplished artwork, as well as its great confidence in its readers’ imagination and ability to think for themselves. A chat between two friends raises the question of whether it is good enough just to make do with other people’s experiences, or whether we should take risks to satisfy our curiosity about what lies beyond our own horizons. Bárður Oskarsson presents a wealth of details and subtlety in his picture book Træið, which wins the prize this year for achieving the rare feat of being a remarkably enjoyable read for all ages.

Read more about Bárður Oskarsson and his book Træið
Find out more about the Nordic Council Prizes
Contact information
Elisabet Skylare
elisky@norden.org
+45 2171 7127
Nordic Council Children and Young People’s Literature Prize
The purpose of the prize is to improve the quality and raise the profile of literature for younger readers in the Nordic Region.
How can we help you?
More