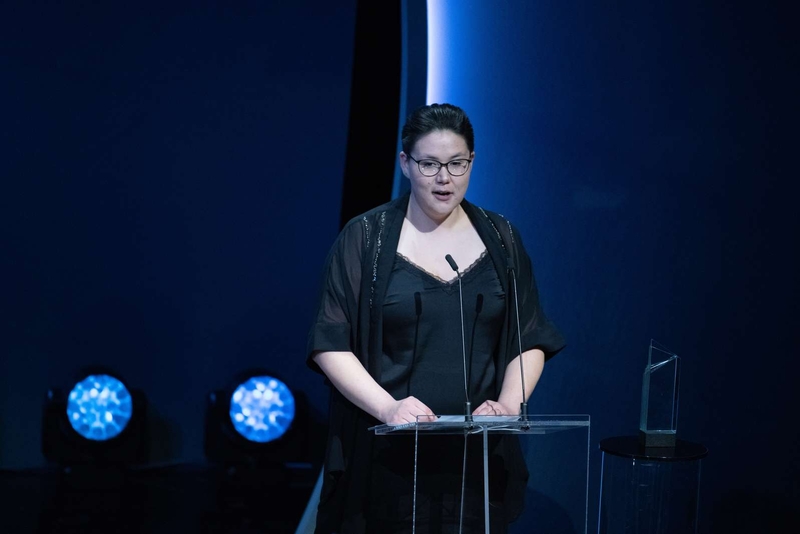 Niviaq Korneliussen wins the prize for a work that is a beautiful, but also painfully raw story.

The prize was presented by the heads of government for Greenland and the Faroe Islands, Múte B. Egede and Bárður á Steig Nielsen, during the live broadcast of the awards ceremony from Skuespilhuset in Copenhagen on Tuesday evening.

This is the first time that Greenland has won the prize.

Niviaq Korneliussen’s novel Naasuliardarpi excited the jury with its sheer intensity. Naasuliardarpi is about love, friendship, and being part of a post-colonial society. This deeply touching work offers an insight into the lives of Greenlanders today and the traumas that still cut deep in day-to-day life. It is a beautiful but also painfully raw story. Death is the perpetual companion of the young protagonist, but despite this darkness, the novel’s glimmers of love radiate light and tenderness. The language is direct and precise in its sensitivity. Although the novel’s narrator eventually reaches a desperate end point and turns the reader into their witness, the novel embodies and all-consuming longing; not just for death, but also for life. This is a work of art that will live on.