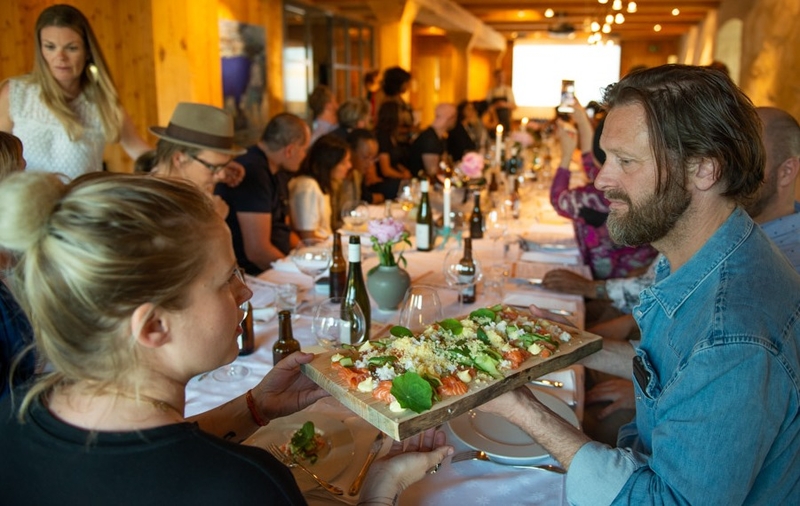 Photographer
Joel Alvarez
Mail Facebook Linkedin Twitter Sign up to newsletter
It's time for integrated political solutions that utilize sustainable and healthy food systems as forceful tools in the prevention of lifestyle diseases. That’s the message from the governments of Norway, Sweden, Finland, Indonesia, EAT Foundation, World Health Organization and many more when meeting at UNGA, on 25 September.

The growing challenge of noncommunicable diseases NCDs, such as diabetes, cardiovascular diseases, cancer, and obesity will be addressed by global leaders and experts at the official UNGA side-event. But moving to practical solutions the global leaders will discuss how actions for sustainable and healthy food systems can best be implemented and be used more strategically for the prevention of NCDs.

The NCDs are responsible for a large part of the disease burden in Europe and are growing in other parts of the six WHO regions. These diseases are driven by forces that include the globalisation of unhealthy diets and lifestyles, rapid unplanned urbanization and population ageing.

Nordics solutions on the menu

In many countries including the Nordics, existing policies already address aspects of the wider food system; including nutrition, food culture and identity, public foods and meals, food waste and sustainable diets. These learnings will be highlighted during the event.

“Research has demonstrated that the New Nordic diet and Mediterranean diets are health-promoting and can help tackle noncommunicable diseases. But changing course requires effective, joint efforts on nutrition. The Nordics have really shown the potential of collaborative, cross-country policy-making, “ says João Breda, Head of the World Health Organization Europe Office for Prevention and Control of Noncommunicable Diseases

The side event during the 73rd Session of the UN General Assembly is hosted by EAT Foundation in collaboration with the Governments of Norway, Sweden, Finland, Indonesia and the Nordics Food Policy Lab - a flagship project under the Nordic Council of Ministers -, and is co-sponsored by the World Health Organization, C40 and the SUN Movement. This is the Third United Nations High-level Meeting on NCDs. 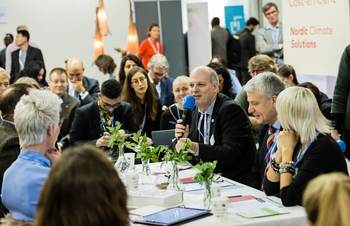 On the menu: 24 Nordic policy solutions to change food consumption 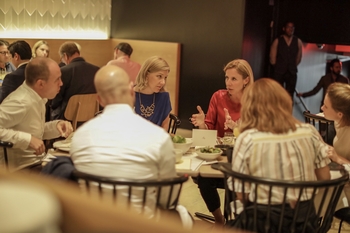 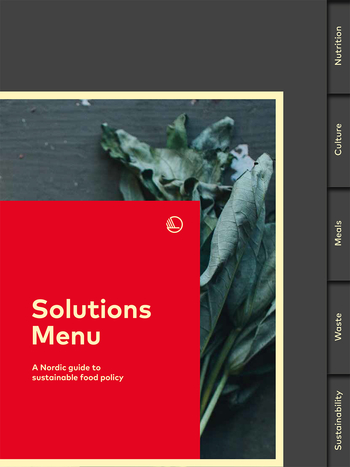 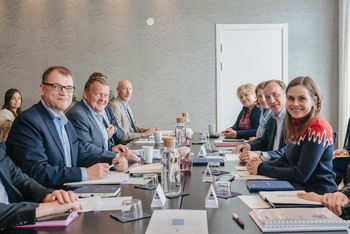 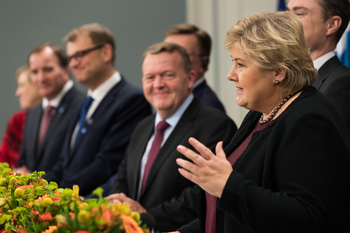 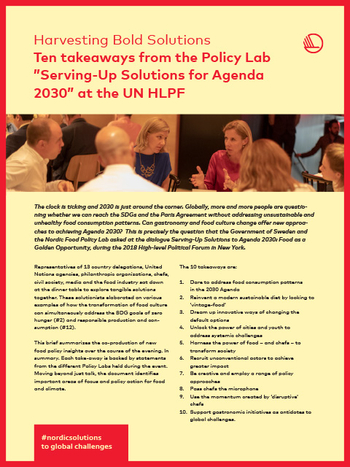 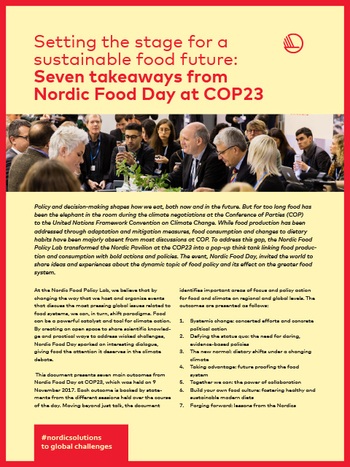 Setting the stage for a sustainable food future