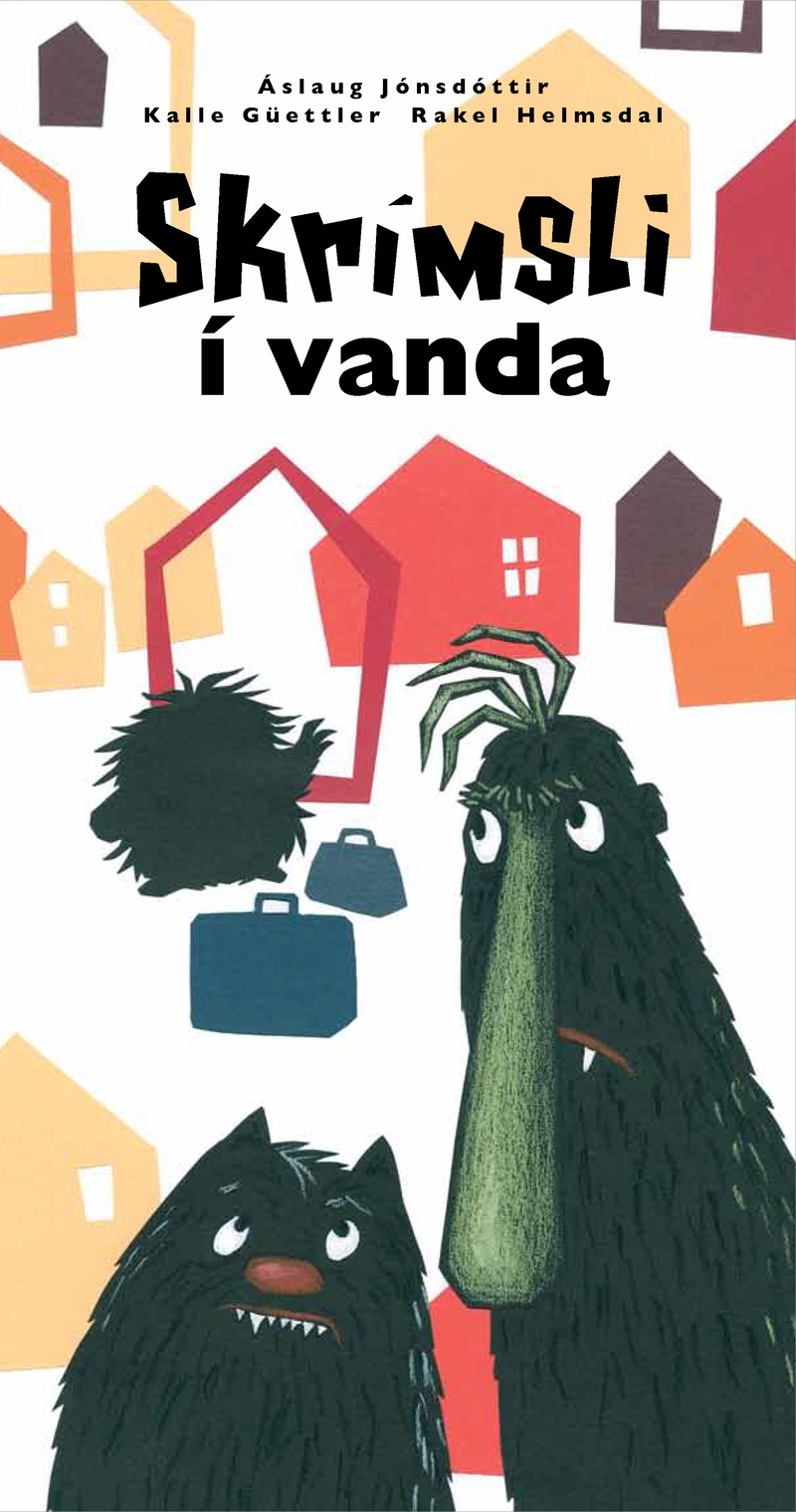 On the surface, Skrímsli í vanda (in English, “Monster in trouble”) is about two monsters, one big and one small, and how they react to a shaggy monster who visits the little monster and shows no sign of leaving. When the guest is asked to go home, it turns out that it has nowhere to go home to. This creates an ethical dilemma for the two monsters, which they manage to solve in their own way. The story examines feelings familiar to children and adults. Its many layers let the reader experience and understand the story according to their own maturity level and experience.

The illustrations and text form a synthesis to convey the story. The pictures are colourful and lively and depict the monsters’ feelings and reactions. The same is true of the alternating typography that shows where the emphasis is to be placed when reading aloud, which serves to make the text part of the illustrations.

The text does not come right out and say why the shaggy monster has no home. One spread has pictures of several possible reasons, including fire, natural disaster, and war.  The pictures show a poorly looking shaggy monster bandaged up with plasters.

In this way Skrímsli í vanda makes a clear reference to present-day situations. The crucial thing is not the reason why someone doesn’t have a home but how those around them react.

Áslaug Jónsdóttir is an illustrator, children’s writer, visual artist, and graphic designer who made her debut with a children’s book in 1990. The author has received numerous awards for her books, including the Icelandic Dimmalimm Prize for Illustration for her first book about the monsters Nei! sagði litla skrímslið (in English, “‘No!’ the little monster said”). Gott kvöld (in English “Good evening”) was nominated for the Nordic Association of School Librarians’ children’s book prize in 2006. This, her latest book about the monsters, with Kalle Güettler and Rakel Helmsdal, Jónsdóttir has won the 2018 Icelandic Literary Prize in the children’s and youth literature category.