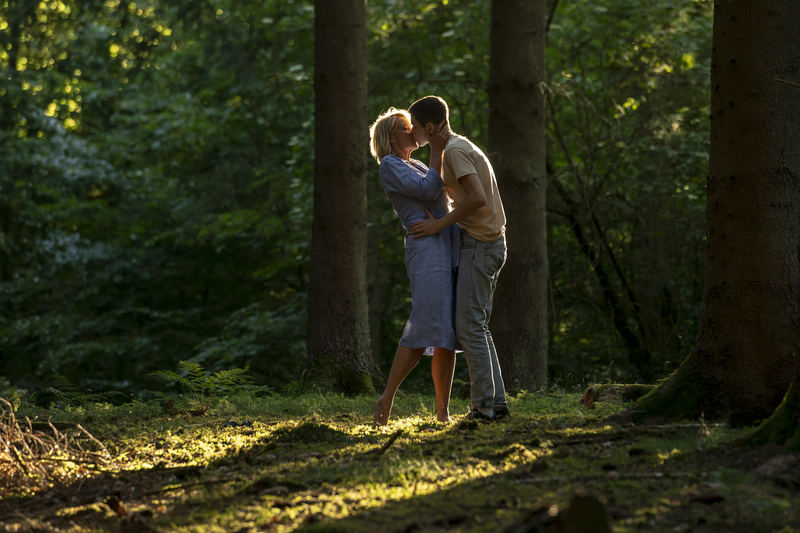 Anne, a brilliant and dedicated lawyer specialising in children and young adults, lives what appears to be the picture-perfect life with her doctor-husband, Peter, and their twin daughters. When her estranged teenage stepson, Gustav, moves in with them, Anne’s escalating desire leads her down a dangerous rabbit warren which, once exposed, unleashes a sequence of events that threatens to destroy her world. Queen of Hearts explores the making of a tragic family secret step-by-step, as the consequences of hubris, lust, and lies conspire to create an unimaginable dilemma.

It’s incredibly difficult to tell a story that leaves it up to the audience to find motives among the contributors, especially when the protagonist is involved in something as morally reprehensible as a sexual relationship with his stepson. But in Queen of Hearts, which in many respects breaks with our usual perception of film, such openness feels completely right. Director May el-Toukhy maintains this difficult balance, while Trine Dyrholm turns her protagonist into someone mysterious yet completely human. Queen of Hearts is a joyous shock to both the eyes and soul.

May el-Toukhy was born in Copenhagen in 1977 to a Danish mother and Egyptian father. She graduated from the Danish National School of Performing Arts in 2002, then as a director from the National Film School of Denmark in 2009. Her first feature film and national breakthrough Long Story Short (2015) won Best Actress (Mille Lehfedt) and Best Script (el-Toukhy, Maren Louise Käehne) at the Danish ‘Bodil’ film critics’ awards, and a national Robert Award for Best Supporting Actress (Trine Dyrholm). El-Toukhy’s second feature film Queen of Hearts is another collaboration with writer Maren Louise Käehne, and producer Caroline Blanco, who she met at film school. The feature drama had its world premiere at the Sundance Film Festival 2019 where it won the Audience Award from the World Cinema Dramatic Competition section. The film also won Best Nordic Film, Best Actress, and the Audience Award at the Göteborg Film Festival, as well as Best Director at the Transilvania International Film Festival.

In addition to her feature films, el-Toukhy has directed radio dramas, stage plays, and episodes of the award-winning Danish television series The Legacy and Ride Upon the Storm.

Maren Louise Käehne (born 1976) graduated as a screenwriter from the National Film School of Denmark in 2009. She then studied screenwriting at Columbia University, New York. Her writing credits include May el-Toukhy’s films Long Story Short and Queen of Hearts, Ali Abbasi’s debut film Shelley, and episodes of the acclaimed series Borgen and The Bridge.

Caroline Blanco (1980) graduated as a producer from the National Film School of Denmark in 2009. She has produced May el-Toukhy’s award-winning films Long Story Short and Queen of Hearts. She is also behind the youth films Danny’s Doomsday by Martin Barnewitz and Anti by Morten BH.

René Ezra (born 1971) works at Nordisk Film Production in Denmark. He graduated as a producer from the National Film School of Denmark in 2003. His extensive list of credited productions includes the Academy Award-nominated short film Helmer & Son (2006), Michael Noer’s award-winning films R (co-directed by Tobias Lindholm), Northwest, Key House Mirror, and Before the Frost, as well as Tobias Lindholm’s A Hijacking and Oscar-nominated drama A War. He is also associated with the successful franchise series The Reunion (1-2-3), and the children’s animation film The Olsen Gang in Deep Trouble.

Queen of Hearts is his first collaboration with May el-Toukhy.

Ezra was named Producer on the Move at the 2006 Cannes Film Festival.