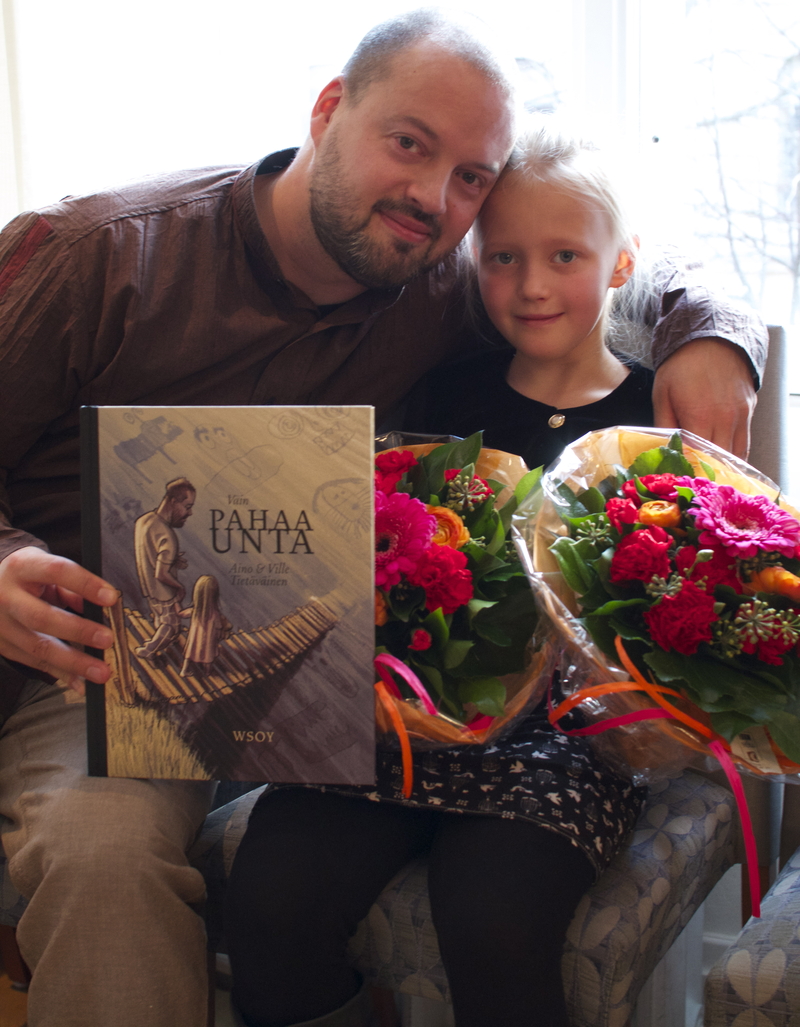 Picture books on how to defeat monsters and other beasts lurking under the bed are sometimes found in children's literature.  Rather than playing down the subject using humour, Ville and Aino Tietäväinen's series of picture books Vain pahaa unta (Just a bad dream) constructively and respectfully deals in depth with the fears that arise in a sensitive child's imagination.

The visually extremely compelling series is a successful expression of the trend in contemporary children's literature where the adult has unlimited time and interest to concentrate on the child. The deluge of stimuli from different media that has to be filtered - fires, guns and bombs - appears again in the girl's dreams.  Despite the heavy subject the book is not without humour; the parents are tired, while the girl with bright eyes and thoughts is able to question, consider and define her surroundings.

The dialogue between the child and the adult begins already on the cover page when father and daughter discuss the book's title. Ville Tietäväinen's grotesque and bare style is combined elaborately with his daughter's own illustrations.

The book celebrates the mystical dimensions of dreams in a way that appeals to children and young people, as well as adults.