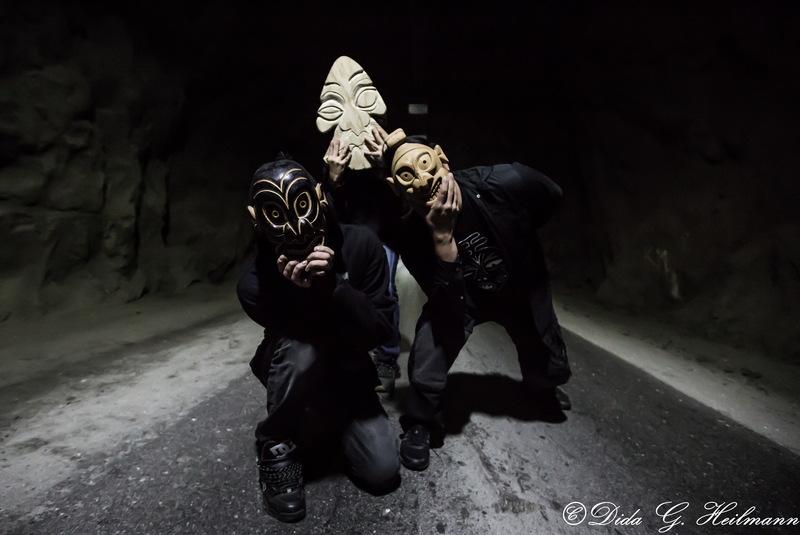 Da Bartali Crew is an example of just how versatile music can be, and how boundlessly and creatively music can be performed across different genres. The group consists of three young men who have redefined the terms “jam” and “live” performance, with a combination of electronic music and physical instruments such as synthesizers, power boxes and guitars, and both acoustic and electric drums and percussion.

Da Bartali Crew is a dynamic live band, adapting themselves to their current environment and interacting with local musicians, singers and rappers wherever they go in the world. Their music is shaped and performed together with the guests on the stage, with a fine light show.

They call their musical style Live Electro, which consists of everything from casual ambient listening music to electro house dance music and sometimes playful, circus-like, off-beat rhythms. DBC also play large, atmospheric, ambient pieces that call forth visions of giant waterfalls or the earth from a bird’s-eye view. Their music is colourfully painted with both large brush strokes and fine lines, and the rhythm section seeks anything other than what could be perceived as normal, yet remains in line with human rhythms.

Their concept and openness towards other musicians and guest performers has brought them a long way, and besides Greenland they have toured in Scandinavia, Europe and South America since they began in 2012. The group has never released an entire physical or digital album, but regularly posts live performances on the social media as well as on YouTube, and recorded works on SoundCloud.

Da Bartali Crew is an unusual live band that explores and tries out new things with great success.