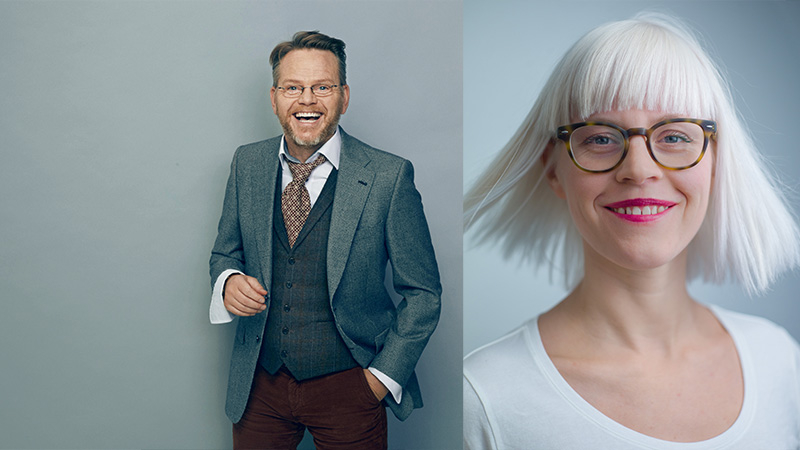 In Bannað að eyðileggja (“Do Not Destroy”, not translated into English) Gunnar Helgason frankly, but with sensitive insight and much fine humour, paints a compelling picture of the story’s protagonist, Alexander Daníel Hermann Dawidsson. Alexander experiences the world in a very special way, which has both a negative and a positive impact on his whole life. But one thing is perfectly clear from the start: We are on Alexander’s level, and therein lies the strength of the book. There is rich empathy for him, and it is sad when Alexander and the world are at odds with each other.

A strong thread in the book is the important idea of meeting everyone, big or small, where they stand. Everyone deserves respect, and most of us go through all kinds of difficulties that have a complicated impact on our daily lives. The reader vicariously experiences Alexander’s conflicts with himself and others. For some reason, he has difficulty establishing durable friendships with other people. The reason, in all probability, is ADHD. Behind this also lies a great sorrow: Alexander’s mother is dead, and for a long time in the story, we do not know what happened to her. The sorrow is unresolved, and it is strongly suggested that his father is also burdened with grief and unsure of how to help his son tackle life and death.

Gunnar Helgason masterfully directs the narrative, allowing the rhythm of the story to chime with Alexander’s state of mind, and giving the reader insight into the role of ADHD in it. The pace increases as Alexander loses his grip on his daily routine and fails to follow its stressful system, with alarm clocks that ring to remind him of football training and clothing, dishwashers and homework reading, and his school bag and coat. The carousel suddenly stops when he sees a cat and forgets everything else. Then the story grows calmer, but the excitement remains, because the reader knows very well that the system is now starting to run off track.

The book’s illustrator is Rán Flygenring. The powerful, almost quivering ink drawings portray Alexander’s inner point of view, and show how he struggles hyperactively to cope with his life. Sometimes there is total chaos in the imagery, while elsewhere there is just a single thing: namely when something completely absorbs Alexander’s attention. Just like the book’s text, the drawings are full of imagination, humour and respect for the material.

What makes Bannað að eyðileggja a remarkable and much-needed addition to the panoply of Icelandic children’s books is that almost all the people who drive the story forward are first, second or third-generation immigrants. Alexander’s father is a Polish worker, and his friend, Sóley Pakpao, has a Thai mother. Alexander and Sóley share their world of experience with immigrant children who must accompany their family members on visits to the doctor in order to interpret for them. However, the fact that the protagonists belong to a minority group of immigrants is not central to the story. There is no emphasis on ethnicity, and the author chooses never to speak specifically about Icelanders, which means the reader never experiences any ‘otherness’ based on ethnicity. Politics, human rights and common human grief lie beneath the surface of the narrative, but the story is witty, and everyday conditions such as love, homework and problematic parents for children and young people emphasise what we have in common, which is ultimately more important than what separates us.

Gunnar Helgason (born 1965) is an actor, director and TV programme maker, and the author of a large number of popular children’s books which have received various awards. Gunnar was nominated for the Astrid Lindgren Prize in 2022. Rán Flygenring (born 1987) is an independent illustrator and author. She has published more than ten books, which have been translated into numerous languages. Rán has received various prizes and awards for her books.