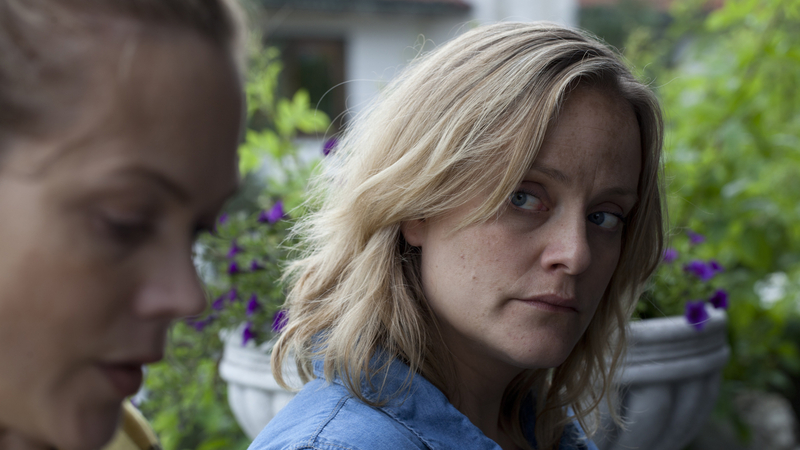 What happens to us when people stop acting like they’re supposed to? A nurse gets into a dispute at work because she switches to speaking English when she gets nervous. A translator compromises her integrity when persuaded to translate a book she doesn’t believe in. An elderly woman and her daughter are humiliated when offered a present of one million kroner from a relative.

Nine people go to work, compromise themselves or are made offers they can neither accept nor refuse. An author records an audio book of the novel they belong to. This is the scope of Dag Johan Haugeruds I belong, an unembellished, transparent and recognisable depiction of man's confused state - and its dignity. The film is a beautiful mosaic of different life experiences, gently interpreted by the ensemble cast and filtered through Haguerud's unique powers of observation. The result is witty and tender, hurtful and quietly confrontational. The Norwegian candidate is then I belong, script Dag Johan Haugerud.

Dag Johan Haugerud has a distinctive way of observing human behaviour with his short films and novels. His intention with his first feature film was to show everyday situations that seem of little importance to one person but can feel like disasters to others. It’s about existential dilemmas that anyone can experience in daily life, about how people who act on integrity and feelings are seen as troublesome in a society where the ideal is to behave rationally.

Born in 1964, Dag Johan Haugerud was educated as a librarian, with additional courses in Film and Theatre studies from the universities of Stockholm and Oslo, as well as creative writing. He has worked as a journalist and as a dramatist for various dance and theatre companies. He has also published three novels. He made his debut as film director with the short film 16 Living Clichés in 1998, and has since directed several shorts such as Trouble that won an Honorary Mention at Nordisk Panorama 2006. I Belong is his first feature film.

His next feature project Children (working title) will deal with parenthood and kids’ role and place in contemporary Norway.

Born in1964, Yngve Sæther has spent much of his youth at film societies and film houses. He joined Norway’s well established production house Motlys in 2001 as producer and head of development. The Man Who Loved Yngve based on Tore Renberg’s eponymous novel was Sæther’s debut as feature film producer. The film won a dozen awards, including four national Amandas, and was nominated for the 2008 Nordic Council Film Prize. The producer made two other films based on Renberg’s versatile character Jarle Klepp: I Travel Alone (2011) and the 2012 Nordic Council Film Prize nominee The Orheim Company. Sæther also produced Joachim Trier‘s internationally acclaimed Oslo, August 31st (2011 Nordic Council Film Prize nominee), and the NRK TV drama Buzz Aldrin, Whatever Happened to you?. Sæther also co-produced the Swedish documentary The Armwrestler from Solitude.

After having produced several short films for his long-time friend Dag Johan Haugerud, Sæther helped him make his feature debut with I Belong. Stian Kristiansen’s new romantic comedy drama will next open in Norway. Then two first feature films are in development: Wait Blink by Yngvild Sve Flikke -a comedy about finding oneself- and Sæther’s own debut behind the camera Inventory that he will co-direct with the internationally established writer Erlend Loe. Based on Loe’s own script, the project will be a dark comedy about a woman aged 65, who makes an inventory over her own life and contemporary society.

Yngve Sæther was ‘Producer on the Move’ in Cannes 2009.