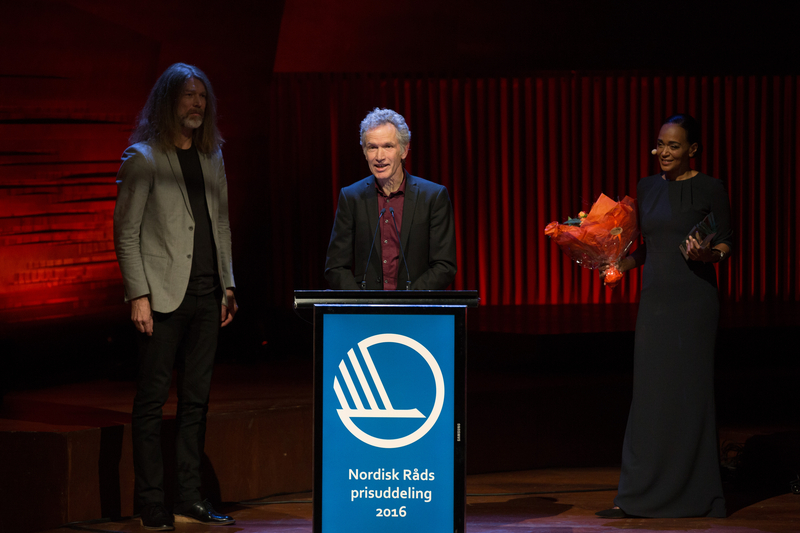 Photographer
Magnus Fröderberg/norden.org
Mail Facebook Linkedin Twitter
The winner of the 2016 Nordic Council Music Prize is Hans Abrahamsen from Denmark for the song cycle “Let Me Tell You”.

Any seasoned listener can hear that Hans Abrahamsen’s song cycle “Let me tell you” is of a very high quality. The work can be understood on many levels and conveys substance and refinement throughout its fragile but deftly handled textures. Although the symphonic layout at first seems traditional, it is at the same time a new, inventive, and indeed very contemporary work.

It has been composed with great craftsmanship, not least in its dazzling orchestral colours, but also in its handling of the voice, especially notable in its virtuosic exploitation of the voice and musical abilities of soprano Barbara Hannigan, for whom it was written. It is a truly idiomatic work.

The emotional expression is very detailed and strong in its many shades, especially in the long final song (as in Mahler's Das Lied von der Erde) where its many byways are encapsulated and tie the whole concept together.

All in all it seems to be a work that will continue to live in the repertoire and stands as a constant challenge for ambitious sopranos for many years to come.