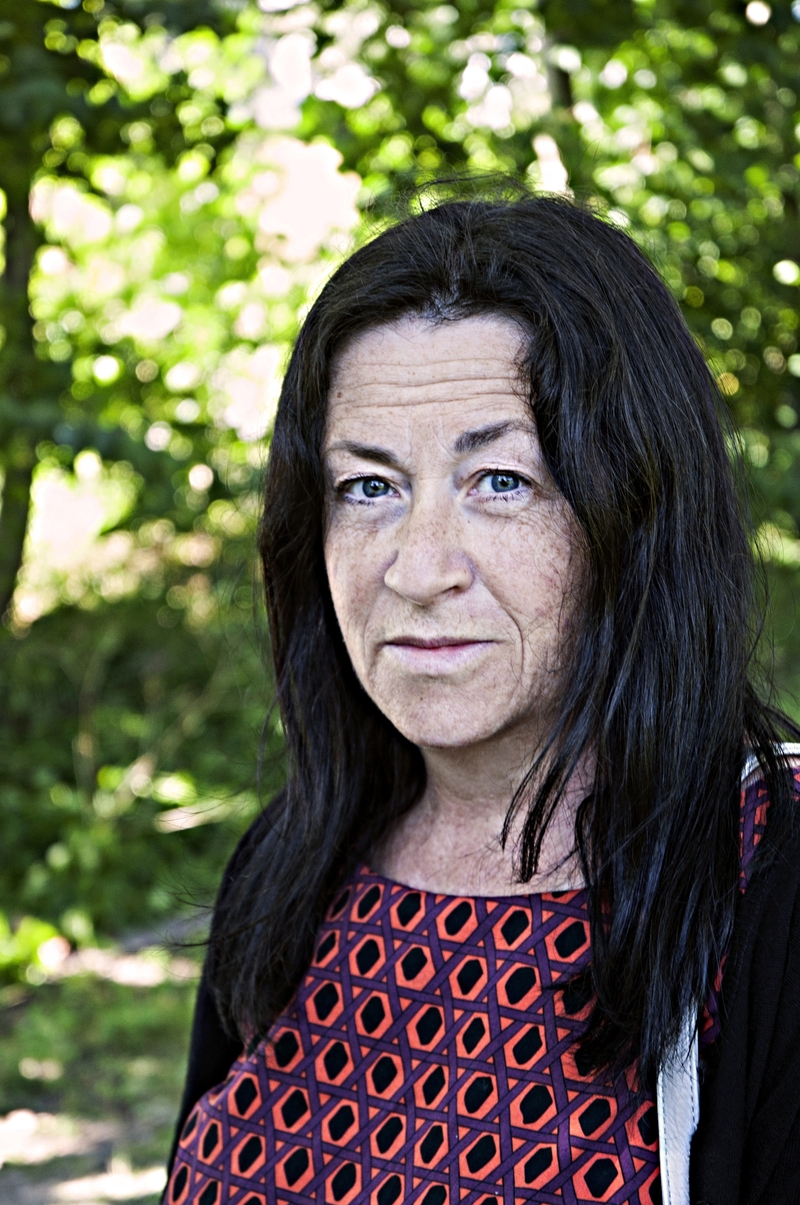 Djupa kärlek ingen (in English, “Deep love no one”) is the result of more than twenty years of poetic study into love and loneliness, bodily sensuality, and the pleasure and pain these bring. In this volume, Ann Jäderlund has brought together twelve suites of poems written between 1992 and 2015 into a subtly cohesive whole that revolves around the inherent negation of deep love – to love deeply is to love no one, to love dearly is to be alone. This poetry is fragile yet strong, mysterious yet inviting, at times brutal yet always exceptionally beautiful. Jäderlund is a poet of the eye –

this collection is no exception and the eye and vision play central roles,as do water, trees, light, colours (white in particular – the colour of life and death). Jäderlund’s poetry is deeply rooted in the physical world, and sight is the primary sense through which she filters it. Here, love also serves as a means of contemplation: “You are unknown / but I / see you”. A mother and child feature in several of the poems – a sort of violent origin of love that arises at the moment they “stretch each other out” with their eyes. Such is the power of a look – it transforms everything it touches. To see is to move. The same, of course, can be said of language – humankind’s sixth sense.

Jäderlund’s style and form have been distinctive from the outset, not least with regard to the visual dimensions of the text. She frequently uses text that is italicised or spaced-out, perhaps to emphasise its qualities as text. The reader must not be allowed to forget that text is matter, but matter of a very different kind – the poem is an obscure construction that can never be fully picked apart or demystified. In Jäderlund’s case, however, this is a kind of welcoming mysticism. As she puts it: “These are words. Do with them as you will.”

The long gestation of Djupa kärlek ingen is evident in the changing form and focus of the twelve suites. The language of Synen (Sight) is dense, containing every possible and every impossible shade of white and painted in weighty chunks with a broad brush. En Narkissosdikt (A Narkissos poem) is rhythmic, hypnotic, and circular, while Ginstfläckar skuren is (Broom-scrubbed ice) is austere yet elegant. Several untitled suites contain pattering, tender poems about nature with a dark edge, while Repulsion Polanski and Kantele till Stina Aronson (Kantele for Stina Aronson) are influenced by film and literature. Common to the entire collection, however, is the tremendous force that vibrates in each of the poems – a force brought about by the collision between despondency and vivacity.

Jäderlund made her debut in 1985 with the fragmentary poetry collection Vimpelstaden (in English, “Pennant City”). Since then she has time and again reaffirmed her stature as one of Sweden’s most unique living poets. Besides authoring ten poetry collections and two children’s books, she has translated poems by Emily Dickinson, published in the acclaimed volume Gång på gång är skogarna rosa (in English, “Time and again, the forests are pink”) (2012). Jäderlund was previously nominated for the Nordic Council Literature Prize in 2010 for her poetry collection Vad hjälper det en människa om hon häller rent vatten över sig i alla sina dagar (in English, “What good does it do if someone pours clean water over themselves every day of their life”). Djupa kärlek ingen was nominated for the August Prize in 2016.