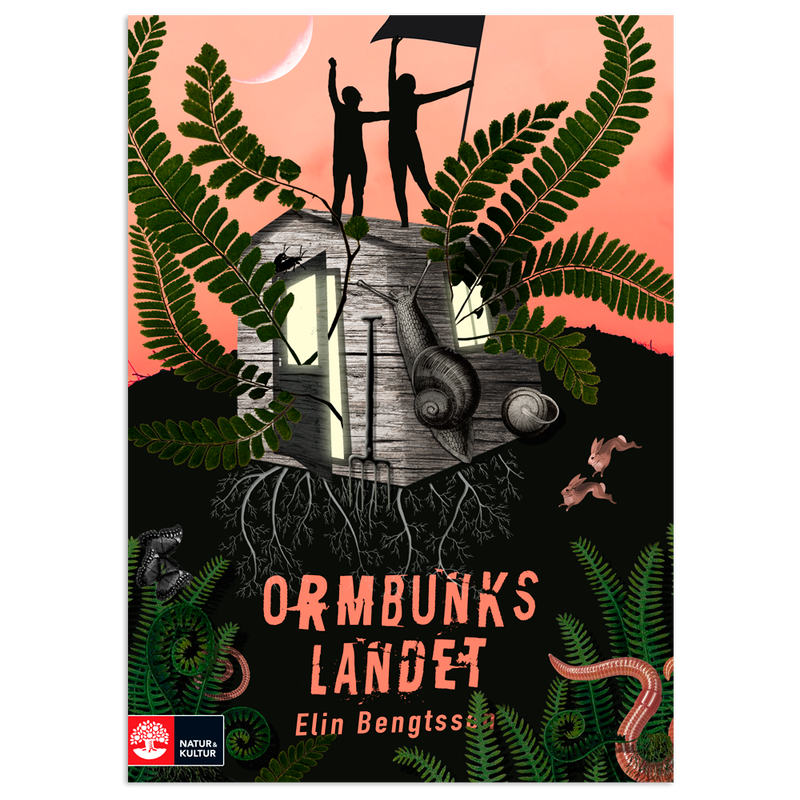 Elin Bengtsson’s young adult novel Ormbunkslandet (“The Land of the Fern”, not translated into English) is about Margit and Mika, two siblings who are in love with each other. The garden shed is their refuge and hiding place, where they cuddle up to each other on piles of garden furniture, surrounded by fishing nets, tins of paint and tools, safe from Mum’s footsteps and Dad’s eyes. They also find some refuge in the forest, where they are the rulers of their own country, the Land of the Fern.

Margit and Mika have long been aware that their relationship is not accepted, that what they do is abnormal and abhorrent in other people’s eyes. As children, they tried to find a word for it on the library computer. What they found sounded to them like an insect, but more like a “creepy-crawly than a butterfly”.

The story is told from Margit’s perspective, but also indirectly from Mika’s – because they are, of course, one. They have lived symbiotically all of their lives, waging a guerrilla war together against the world. Until, that is, Mika decides that it has to stop. He leaves home and starts his national service, leaving behind a bereft Margit, excluded from the only community she has ever known. Despite being only two months away from finishing school, she leaves too, setting off for Malmö in a desperate attempt to stop her life falling apart completely.

Bengtsson describes Margit’s feelings about this unwanted separation with great precision. The story follows Margit’s attempt to cope with the pain and the void – to find a way to go on, new places to be and new people to be with. Margit no longer rules over the Land of the Fern, but there are other kingdoms to conquer out there, and other battles worth fighting. Maybe.

Ormbunkslandet is a novel about losing that which you hold dearest and which gives life meaning, and about dealing with absolute loneliness. But it is also about who is allowed to love whom in society’s eyes. Bengtsson’s empathetic portrait of Margit makes the incomprehensible comprehensible. She makes it possible for the reader to better understand one of the great taboos. And she does so in prose that is beautiful, concise and poetic. There are no unnecessary words, no needless ornamentation. Bengtsson’s feeling for language is of a rare variety.

She is an author, gender studies academic and PhD student at Stockholm University. She made her debut in 2013 with the young adult novel Mellan vinter och himmel (“Between Winter and Sky”, not translated into English). Ormbunkslandet is her second novel and was nominated for the prestigious August Prize in 2016.

Nordic Council Children and Young People’s Literature Prize
The purpose of the prize is to improve the quality and raise the profile of literature for younger readers in the Nordic Region.
How can we help you?
More