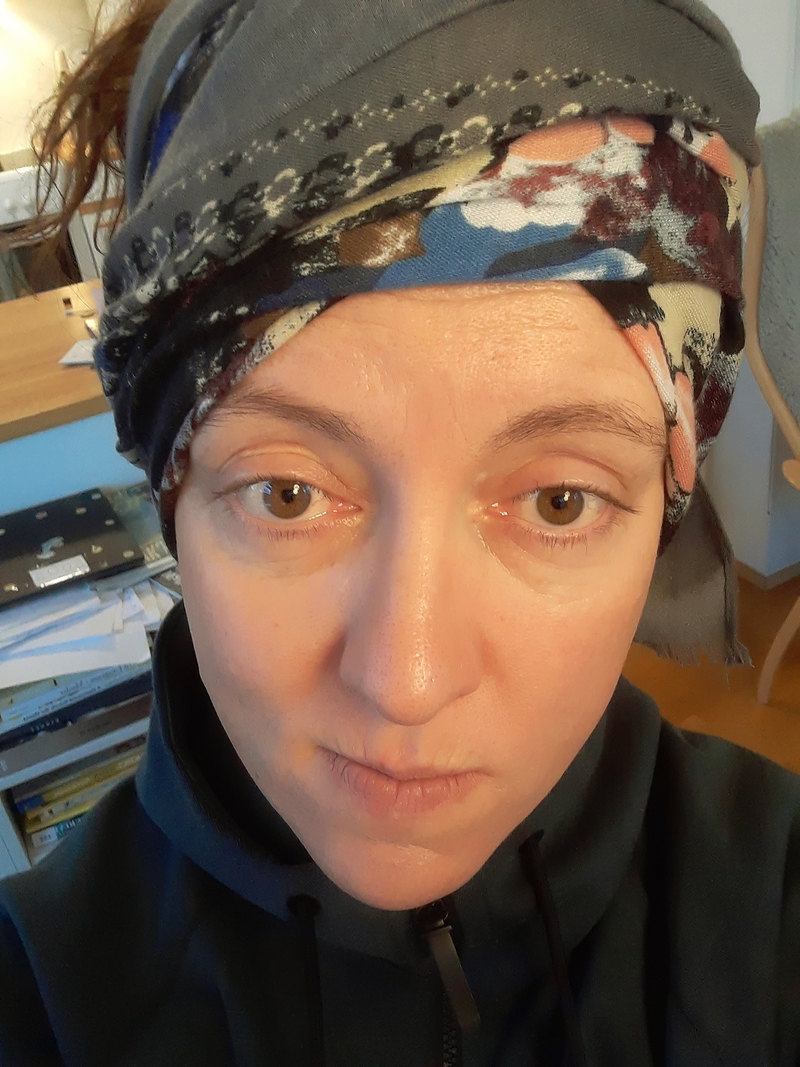 HHV, FRSHWN. Dødsknaldet i Amazonas (not translated into English) with the sensational subtitle that translates as Death Bang in the Amazon is the highlight of Højgaard Viemose’s series of novels about Hannah/Hanne/Anne/Anita, which also includes Hannah (2011) and Mado (2015).

HHV, FRSHWN is a raw novel with a liberating linguistic ferocity and devil-may-care nature like the previous novels in the series, which can be read independently of each other. The novel jumps between different tracks, just as the protagonist with her many names leaps from identity to identity.

The individual tracks in the novel revolve around the protagonist’s lack of boundaries in a life lived on the edge: In parallel with her everyday life as a mother of two boys in Copenhagen, and with visits to a psychiatric emergency room while the children are in day-care, the protagonist looks back on the tumultuous journey of the young anthropology student Anita through the Amazon. The story is told in fragments and hints at an assault, but is also linked to self-transgression and desire. In the prologue we learn that it was actually this story that the novel was about, but that it became “mixed up with a host of other stories and circumstances, including my life as the writer”.

One of these stories is a look back at tough teenage years in Frederikshavn with drunkenness and a kind of prostitution, without this acting as a key to the protagonist’s lack of boundaries. The novel’s fast and breathless pace bursts the boundaries for explanation, instead revealing some patterns for the protagonist, whose boundaries are constantly being transgressed. Not just by a stalker and her psychotic ex-boyfriend whom she at one point must flee from, but also by her psychologist and a married writer with whom she has an affair. The original aspect of the novel’s fragmented form is that the various tracks serve as a polyphony rather than an explanation. We hear, for example, a series of dialogues with the two sons, who, as in a Greek drama, act like a kind of chorus, commenting on the action. The novel brilliantly captures the simultaneously funny, dramatic and philosophical tone of children’s speech.

The individual tracks revolve kaleidoscopically around the novel’s examination of the protagonist’s chaotic life, making her desperate quest more complex and utterly lacking in reconciliation. She has difficulty setting boundaries, while also not wishing to remain within the limits of or expectations towards a woman. With her “wide-open self”, she has difficulty finding the right pathway in life, and has a longing to escape from herself and be completely surrounded by someone else. In doing so, she does not turn her vulnerability and frustration inwards, but rather outwards, through trips to the wild Icelandic nature, and through sexuality that is linked to the transgressional, for better or worse. In that portrayal, there is a liberation of the woman and her desire: Precisely through this wild and aggressive sexuality, a ground-breaking portrait is drawn of a woman and a female writer who at the same time can be a loving mother. From this perspective, Højgaard Viemose writes more radically about female desire than we have previously seen in Danish literature.

The title refers to the author’s name and the town of her childhood, but the stream of names and the constant ambiguity punctuate any notion on the part of the reader of a possible ‘one to one’ correspondence between the author and the protagonist. With a fast pulse and a strong drive, the novel leaves its reader shaken, high, laughing and puzzled, all at the same time. HHV, FRSHWN is a breath of fresh air in Danish literature, which in both its form and content marks a new and epoch-making way of portraying woman.

Hanne Højgaard Viemose (born 1977) has studied anthropology and attended the Writers’ School in Denmark. She currently lives in Iceland. She received the Montana Award for HHV, FRSHWN and has also received several awards for her previous books.