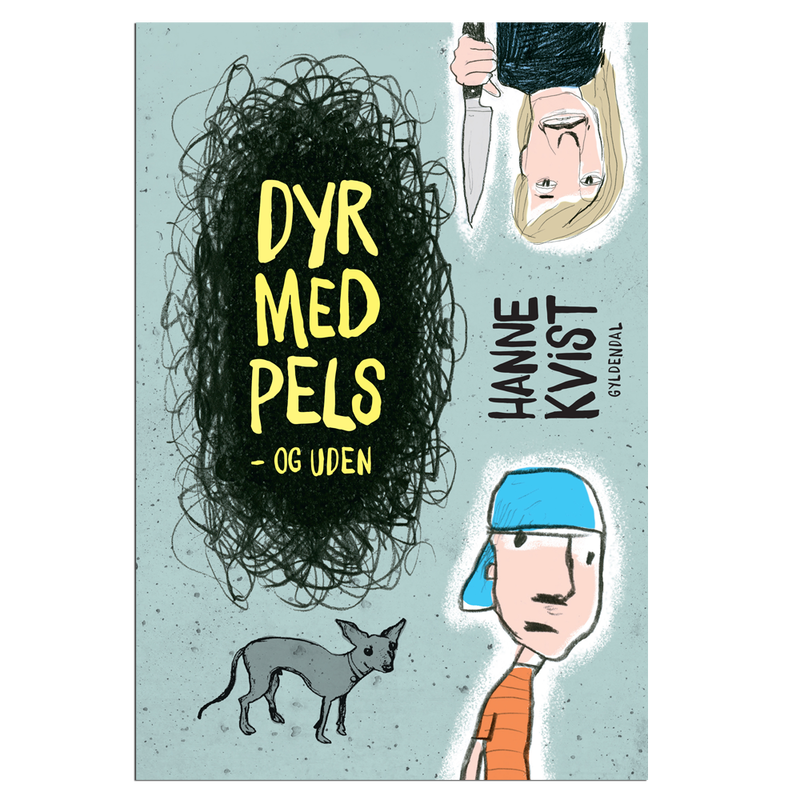 Nordic literature has a tradition of giving children and young people a voice on their own terms, without moralising and finger-wagging. Ole Lund Kirkegaard was one of the first Danish authors to adopt this approach, followed by Bjarne Reuter and later by Kim Fupz Aakeson.

Hanne Kvist is a distinguished standard-bearer of the tradition. In her writing, including the picture book To af alting (“Two of Everything”, not translated into English), which was also nominated for the Nordic Council Prize, she gives a voice to children who are under pressure from adults who want to control their lives – even though those self-same adults don’t have much control over their own lives. The same is true of Dyr med pels – og uden (“Animals, With Fur and Without”, not translated into English), in which Freddy tells of his life, his parents’ divorce, the many new men in his mum’s life, and the friend he finally makes after moving house several times.

Despite the gloomy backdrop, the story is life-affirming and humorous, full of empathy and resilience, conveyed by Freddy and his lovable friend Eskild.

The author’s language is precise yet rich, with surprising and well-phrased dialogue. Her illustrations, too, are highly expressive and add extra depth to Freddy’s world. But the original and most impressive aspect is the way she combines visual and textual languages. This is not a picture book. This is not a graphic novel. This is a bilingual story, in which the author skilfully alternates between idioms depending on the situation.

Our introduction to the story is a picture of the Earth, from which speech bubbles protrude. Freddy then tells us his story in words – until all the trials and tribulations make him decide not to talk any more. At this point, you might expect the story to grind to a halt or switch narrators. But Freddy’s story continues via images, until things improve enough for him to feel able to speak again.

Dyr med pels – og uden isn’t just a renewal of the children’s book genre. It is a sublime example of the art of bilingual storytelling.