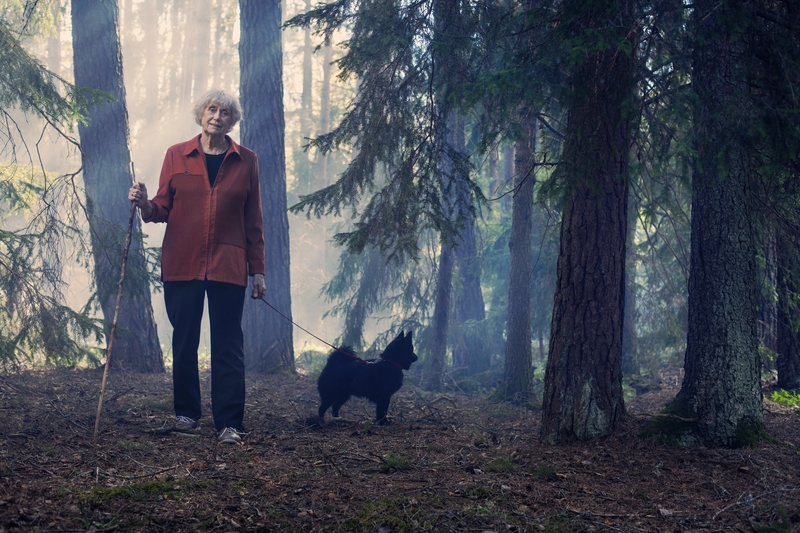 One day, an elderly hunter sees the tracks of a wolf in the forest and feels a strong connection with the animal. The wolf’s arrival in the countryside both brings together and divides the hunting group that the man has led for many years. It makes him look back on his many years in the forest, with his rifle, hunting dogs, and later his wife as constants. Like an old and obvious alpha wolf, he is now about to be supplanted, and as he reads his old hunting diaries, he considers the choices he has made in life.

In Löpa Varg (‘Running with wolves’, not translated into English), Ekman demonstrates that she is a master of the pen. Every stroke testifies to her linguistic wizardry. In prose that is sparse yet precise, Ekman portrays an individual who has tentatively begun to take a look at himself, at the person he has become and who he might have been. At the same time, her depiction of an individual human destiny allows for further and more general reading on multiple levels. The title alone alludes to becoming one with the animal and assuming a wolf-like form, and thus she allows the reader to reflect on the arbitrary and shifting nature of the boundary between man and animal.

Since her debut in 1959, Kerstin Ekman (born 1933) has built a large and varied body of work which has been awarded several major prizes. Her novel Händelser vid vatten won both the August Prize and the Nordic Council Prize in 1994. Löpa Varg brings together some of the author’s most important themes. It addresses the position and responsibility of the individual in a post-anthropocentric world, the relationship between humans, animals, and the countryside, and the dynamics between people in a small community. It is also a more heartfelt story, about a long marriage and a life that’s nearing its end.