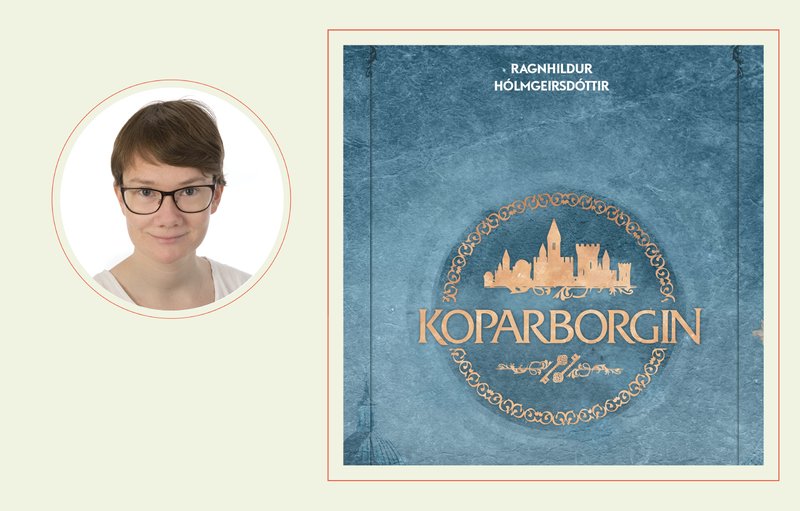 Koparborgin (in English, “Copper City”) is a novel for young people set in an unspecified time in an unspecified European city under threat from a deadly epidemic. The city’s residents incinerate poor neighbourhoods on the outskirts that have been infected, but one boy – Pietro – manages to survive.  He has no choice, however, but to return to the city.

In the past the city had been beautiful and rich. It was once a great power where splendid cargo ships arrived and departed and where trade and commerce flourished. Now the city has degenerated. In a sense, one might say that it was already infected.  Orphans have taken over an abandoned stock market building, where they have lived for three centuries. This is where the protagonist Pietro is looking to go when he arrives in the city, but his past keeps him silent. Little by little we are drip fed the story’s mystery, we learn that the city is steeped in magic both black and white, and the hardened and frequently ruthless community of children is forced to make difficult decisions.

Koparborgin is tremendously well-written – it is a dense, eventful, and very exciting book. The protagonist has distinctive traits, while the story’s other children possess an uncanny ability to survive, an ability that has come at a cost. They are, nevertheless, firmly bound to one another. Koparborgin is also a story of greed and corruption that have spread throughout the political system, affecting every family to the extent that the children see no alternative but to write off the city and start afresh somewhere new.

Ragnhildur Hólmgeirsdóttir (born 1988) is a recent history graduate of the University of Iceland whose area of interest is the Middle Ages.