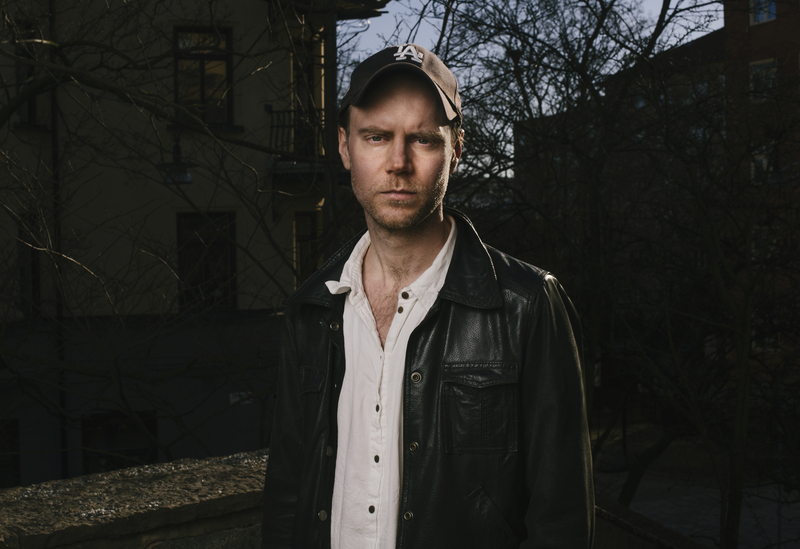 In the spring of 2012, Tom Malmquist’s girlfriend Karin suddenly falls ill with what appears to be acute leukaemia. She is eight months pregnant with their first child. Their child survives, but Karin does not. After a few feverish weeks of desperately traversing the corridors between the neonatal and intensive care wards of Karolinska University Hospital, Tom must leave the hospital as father to the newly born Livia, but without the woman with whom he has shared his life for the past ten years. Not long after, Tom’s father – the legendary sports journalist Thomas “Malmen” Malmquist – also passes away.

I varje ögonblick är vi fortfarande vid liv (in English “We’re still alive in every moment”) is a book of mourning and a love story. It’s a book about death, about all the darkness and absurdity that follow in its footsteps – the grief, the anger, the confusion, the fear. It’s a story about masculinity, about masculinity’s limitations and need for strength, about its emotional aphasia. Yet it’s also a story about deep, enduring everyday love, about life’s fragility, about the value of the small moments and the time we still have together.

Malmquist’s writing is direct, naked, and intimate with all aspects of grief, from its initial, almost manically detailed portrayal of Karen’s fight against death, to its self-reflective paternal mirroring at the end. It is the detail in the book that hits the reader the hardest – as in the depiction of the absurd bureaucracy that arises when Tom does not have time to officially recognise the paternity of the “girl child Lagerlof”. Tom takes out his anger against his mum when she prunes one of Karin’s geraniums without asking. One memory is of Karin painting her toenails while watching a comedy on TV, just a few days before being admitted to hospital, never to return. A tower starts to grow in the apartment, of bags of baby clothes that pour in from well-meaning but bewildered friends and acquaintances.

I varje ögonblick är vi fortfarande vid liv is not only emotionally poignant, but also a piece of virtuoso prose, linguistically loaded and structurally complex. Writing about personal grief is difficult. Doing so while also taking a stylistically holistic approach is even harder. Doing both of these as well as Malmquist has done is no less than a literary triumph. The variation in style and tempo reflects the different phases of this year of grief – the acute shock, the unfathomable grief, the surreal return to the world outside the hospital, the slow road to recovery that starts one sunny morning in the preschool playground. This variation and the way that Malmquist builds the text around the five human senses are examples of the tools he uses to structure a book which might otherwise have imploded under the weight of its own subject matter. The style is pared right down, naturalistic, unsentimental, yet always illuminated by a poetic strength, a sharpening perception, a soft-spoken whisper of the eternal that lies beyond the individual.

Tom Malmquist (1978) is a poet and musician. He has previously published the poetry collections Sudden death (2007) and Fadersmjölken (in English “Paternal milk”) (2009). In I varje ögonblick är vi fortfarande vid liv, which has enjoyed a huge response during the year from critics and readers alike, Malmquist has given us one of the most powerful books about grief ever written in Swedish.