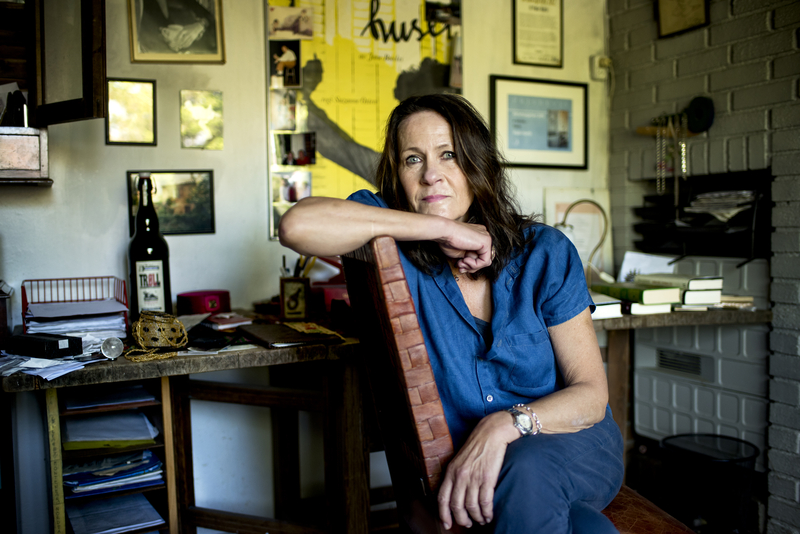 Vigdis Hjorth’s twentieth novel, Arv og miljø (in English, “Inheritance and environment”), opens with a familiar dilemma. When a father dies, there is disagreement about how the family’s cabins should be shared between the four surviving children. Disputes that have simmered within the family for many years start to bubble to the surface during a conflict over the inheritance. These disputes become crucial when the history of the family and the father’s place in it are written down for posterity.

Since her debut in 1983, Hjorth’s essays, articles, children’s books, and novels have made her one of the foremost writers of contemporary Norwegian literature, currently at her peak with Arv og miljø, which is written in language that underscores the urgency of its theme. In frantic, darting descriptions of the atmosphere, the novel’s protagonist – magazine editor Bergljot – writes about the inheritance process as she is drawn back to a realisation that she first had many years ago but which her family never listened to. She seeks out a therapist and a support centre for incest victims and is warned that in speaking up about being sexually abused as a child she will not necessarily meet with the understanding she wants and needs..

As in an Ibsen chamber piece, as new information about the past is gradually being introduced into the story, there is a discussion about war, conflict, and different methods for dealing with war trauma. This is a discussion Bergljot is partly having with herself, partly with the friends who make up the novel’s gallery of secondary characters, and partly with the books and articles she reads, such as about the Balkan war or the truth commission in South Africa after apartheid. She explores the alluring and menacing power of reconciliation: Is it right that, as with a truth commission, victim and perpetrator have an equal footing? Or is it that, as Bergljot herself thinks as she resists a full amnesty for the guilty, there “are contrasts that cannot be undone – sometimes it’s a case of ‘either/or’”?Bergljot er en tidsskriftsredaktør som trækker sine foretrukne intellektuelle referencer ind i en diskussion hvor de globale problemer både er højspændte i sig selv og fungerer som en uhyrlig målestok for hovedpersonens situation: "Min smerte var ikke syg, men total".

In Bergljot we find a magazine editor who introduces her preferred intellectual references into a discussion of world problems that is not only combustible but serves as a monstrous yardstick for what the protagonist is up against: “My pain was not illness, but total”.

In its treatment of a key social problem – the sexual abuse of children and its effect on their lives – Arv og miljø is in company with novels like Herbjørg Wassmo’s Tora trilogy (winner of the Nordic Council Literature Prize in 1987). At the same time the novel thematises the language that is available to process and convey traumatic experiences more generally. The tension in the novel is based not so much on the disclosure of what actually happened as on following the protagonist’s struggle with her own story, and on how deeply even the most everyday of situations and most intimate of relationships can be marked by the controversy about the truth. Without oversimplifying, one can say that the novel creates a sense of trembling suspense as to whether Bergljot will attain her truth. Arv og miljø is a novel that digs deep when it comes to the question of what it means to tell and to be heard, a novel that embraces subject matter that goes far beyond a story about one family.