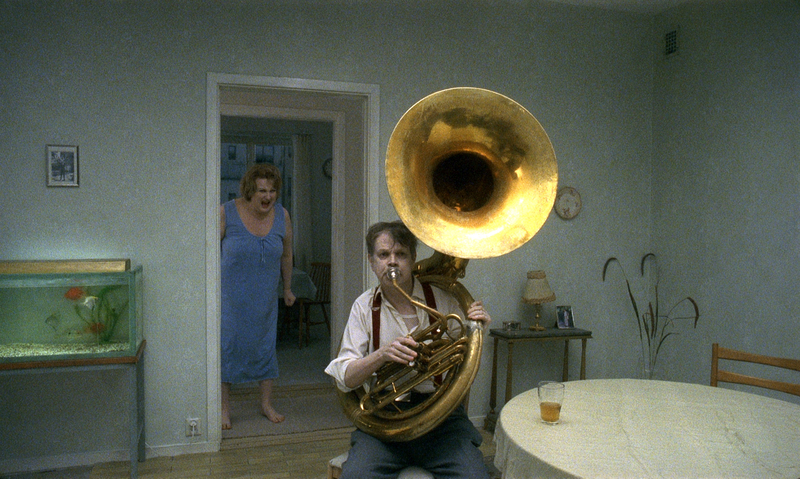 "The Nordic Council Film Prize is one of the best prizes in the world to win, because it emphasises that film is not just entertainment, but also an important part of culture," he said. "My films are very universal in their own way but they also convey a Nordic mood which helps to create their special expression".

The unanimous jury explains its choice of winner:

"In the brilliant film 'You, the Living' Andersson focuses on life, death and the fragile yearnings of mankind. With its unique visual style and narrative rhythm this everyday symphony challenges our preconceived attitude to film at the same time as it makes us use our senses in a new way. Instead of telling just one story in a conventional linear style, 'You, the Living' is made up of carefully composed sequences from a bizarre world which is simultaneously sad and surrealistically funny. These humorous and tragic tableaux show our best and worst sides, make us laugh and force us to think. In brief, 'You, the Living' reminds us of the opportunities that the film media holds for powerful personal experiences."

Roy Andersson's tragic comedy film had its premiere in Cannes' Un Certain Regard in 2007. The film was selected as Sweden's candidate for an Oscar the same year, won three Guldbagge awards in 2008 (best film, best director, best script), and was awarded a silver prize at the Chicago International Film Festival, and was later nominated for a European Film Award.

The prize has great significance for the winner Roy Andersson:

"Receiving this prestigious prize means a great deal to me. I believe there is every reason to acknowledge the Nordic Council for its endeavours to raise film to a high cultural level, just like it has done with the other major Nordic prizes in music and literature. Moreover, apart from the honour, the prize is also of very tangible and practical importance to me, because the cash value of the prize gives me unique, excellent opportunities to prompt research and writing on my new film, where I now have the possibility of working with new techniques".

The Nordic Film Prize is awarded to the director, the scriptwriter and the producer. The prize is worth DKK 350,000 and will be presented to the two prize winners in conjunction with the Nordic Council's Session in Helsinki on 28 October.

This is the fifth time that the Nordic Council is awarding this much sought after prize for an artistically original film production that has distinguished itself by national characteristics. The prize was awarded for the first time in 2002 to the Finnish film ''The man without a past' (Aki Kaurismäki), in 2005 to the Danish film 'Manslaughter' (Per Fly), in 2006 to the Swedish film 'Zozo' (Josef Fares) and in 2007 to the Danish film 'The art of crying' (Peter Schønau Fog).