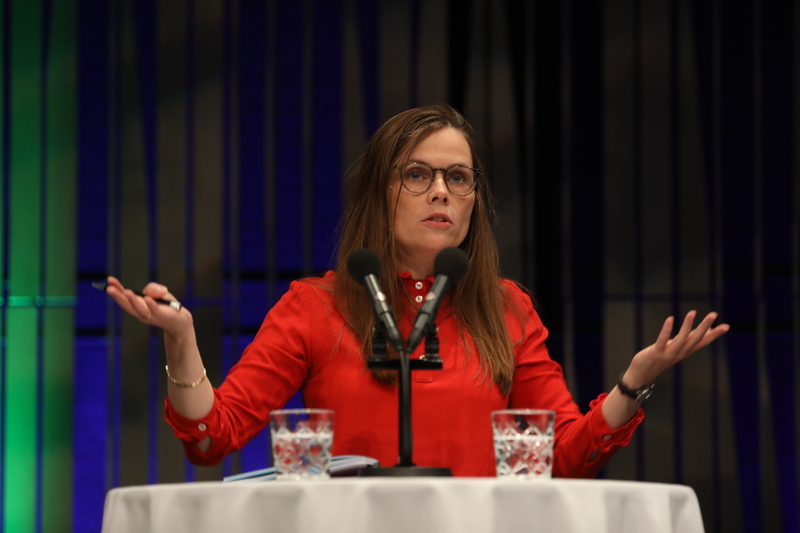 Mail Facebook Linkedin Twitter Sign up to newsletter
Sustainability and climate change were the main issues discussed when the Nordic prime ministers met in Reykjavík on 20 August. Their new vision for the Nordic Council of Ministers articulates clearly that they want Nordic co-operation to be a more effective instrument in efforts to make the Nordic Region the most sustainable and integrated region in the world by 2030. The other agenda items were also addressed in the light of the climate situation.

The challenges faced by the planet and the climate concerns being expressed more and more strongly, especially by the younger generations, must be taken seriously, according to the new vision.

“The Nordic countries have the opportunity to take the lead in global climate efforts. We’re ready to take on this role,” said Iceland’s Prime Minister Katrín Jakobsdóttir, who chaired the meeting.

Nordic co-operation is based on values, and those shared values make it easier for decision-makers in the region to agree on the most important steps to take.

The prime ministers stressed that all parts of Nordic co-operation will need to adopt new and clearer priorities to make the region greener, more competitive, as well as socially and culturally more sustainable, and that this will entail joint initiatives on innovation, education and research.

“We know that it’s difficult to prioritise, but we must accept our responsibility. We have to show people, and not least the younger generations, that we mean what we say, and that we practice what we preach,” says Jakobsdóttir.

Read: The prime ministers’ vision for 2030

Earlier in the year, the prime ministers agreed to pursue carbon neutrality. This goal is high on the list of issues to which they see Nordic co-operation making a contribution. The measures required to achieve it will have an impact on most areas of society.

It is not just the public sector in the Nordic Region that has a high profile on sustainability and environmental issues. While in Iceland, the prime ministers also met with Nordic CEOs for a Sustainable Future.

In a joint declaration the prime ministers and CEOs presented an extensive list of necessary and urgent measures if the Nordic Region is to live up to its commitments under the Paris Agreement and the sustainable development goals in Agenda 2030.

In keeping with the prime ministers’ new vision for Nordic co-operation, the joint declaration calls on the Nordic Council of Ministers to draw up proposals for concrete measures to achieve these goals at Nordic level.