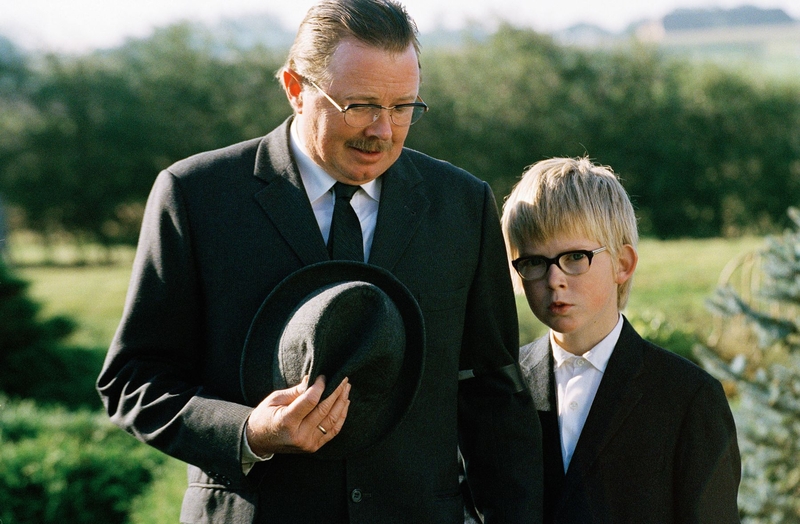 Photographer
© All rights reserved.Stills Photographer Søren Rønholt
Mail Facebook Linkedin Twitter
The Danish film 'The Art of Crying' won the Nordic Film Prize 2007. The prize was shared between Peter Schønau Fog, director, Bo hr. Hansen, scriptwriter and Thomas Stenderup, producer. The film is based on a novel by Erling Jepsen.

The film 'The Art of Crying' has already won several film prizes since its release in 2006 at the Toronto International Film Festival.

This is also the Danish film which was being suggested as a nominiee for an Oscar for best foreign language film. It was also amongst the 42 films proposed by the European Film Academy as candidates for the European Film Awards 2007.

The jury's motivates its choice of winner:

"Seen through the eyes of a young boy 'The Art of Crying' depicts the absurdity and even horror of family life with laconic humour. Disturbing and entertaining at the same time the film handles the difficult subject of child abuse sharply but humanely. It boldly reveals the repressive forces at work underneath the sunny surface of a small rural town".

The DKK 350,000 (approx. 47,000 Euros) Film Prize was presented at a ceremony during the Nordic Council’s annual Session in Oslo on Wednesday 31 October.

The 2007 prize winners were announced at a press conference in the Danish Film Institute on Tuesday 9 October.