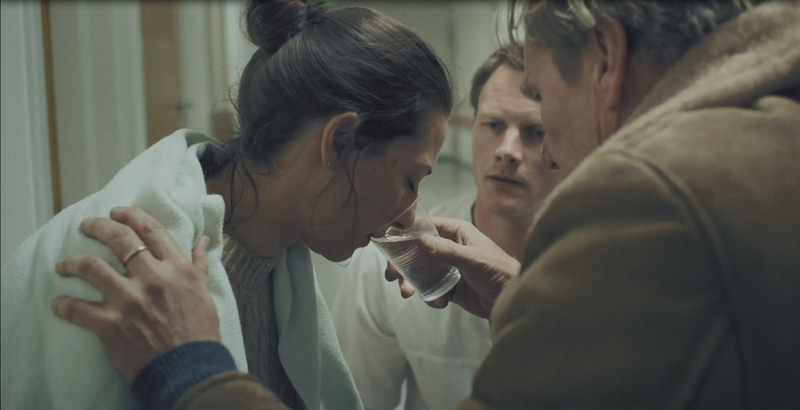 Blind Spot is the deeply heartrending story of a mother’s struggle to understand the capacity of her teenage daughter’s mental illness. With extreme sensitivity the film explores the grey zones, or blind spots, in mental illness that are difficult for parents and society to appreciate, while simultaneously problematising contemporary ideals that seem only to be built around happiness and success. How do we open up about difficult thoughts and problems, when perfection is the only thing we are expected to project to the outside world?

Blind Spot is a riveting drama that moves from the introduction of a realistic universe, through an unexpected situation that creates shock and despair, to the release of the main character’s trauma and fear. Everything is told in one sweep, one long shot, creating the basis for impressive acting, photography, and sound design. Tuva Novotny’s directing debut makes full use of cinematic techniques, all to the benefit of the story.

Tuva Novotny (born 1979) started her career as an actress at the age of 16. She has appeared in a long list of productions, including Tobias Lindholm’s Oscar-nominated film A War, Alex Garland’s Annihilation, Janus Metz’s Borg vs. McEnroe, and television series including Crimes of Passion, Dag, and Nobel. In 2010 she made her directorial debut with the series Dag for TV2 Norway, followed by a few episodes of the Netflix series Lilyhammer, as well as writing the television series Rot for NRK.

Blind Spot is her feature film debut as a writer/director. This real-time drama shot in one take has won multiple-awards at international festivals such as the Silver Shell-Best Actress for Pia Tjelta at San Sebastián, FIPRESCI Award at Gothenburg, New Talent Grand PIX at Copenhagen’s CPH PIX, and Best Film at Bratislava. The film also won Best Film and Best Actress at the Norwegian Film Critics’ Awards.

Novotny has also directed the Swedish film Britt-Marie Was Here, based on Fredrik Backman’s best-selling novel.

Since graduating from the Norwegian Film School in 2012, she has produced the award-winning short films To Guard a Mountain by Izer Aliu (Student Academy Awards nominee 2013, Best Short Film at the Amanda Awards 2012), and Yes We Love by Hallvar Witzø (Special Mention, Cannes Film Festival 2014).

Her first feature film Blind Spot, has been celebrated both nationally and internationally since its cinema release in August 2018.