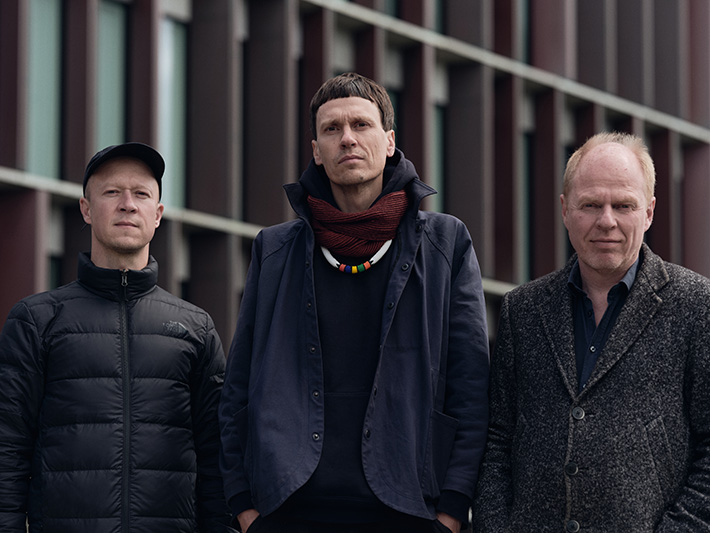 Two different worlds meet here in a joint project, which is not experienced as an attempt to adapt two different forms of expression to each other, but rather as a finished work which, with its mastery of electronics and instruments, lives its own autonomous life. Den Sorte Skole works by sampling very small pieces of music from all over the world, without consideration of style, and assembling them all again with the focus on a new theatrical harmony. Their goal is to open up a new world of sound and music to people, like looking into a kaleidoscope that is in continuous dialogue with forgotten treasures of music history. Together, the three composers have created a new kind of concert hall music – a new expression that sends the listener on a fascinating journey through time and place.

Symphony No. II for Sampler and Chamber Orchestra in six acts has been recorded by members of the Copenhagen Phil and is conducted by Hans Ek.