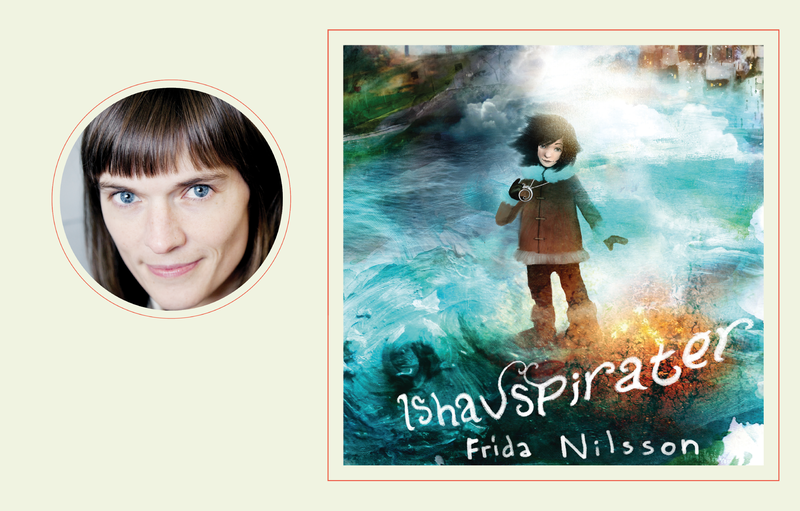 Frida Nilsson’s Ishavspirater (in English, “Pirates of the frozen seas”) depicts a wintry archipelago where the crew of the pirate Vithuvud terrorise the population and abduct their children to work in his mine. One day they come to where Siri and her little sister Miki live. Miki is kidnapped, and Siri is forced to embark on an adventure, crossing this island world to try and find Vithuvud’s mine and her sister.

During the course of her trip Siri meets up with a variety of people, both sympathetic and otherwise, and it’s not always easy to tell the two apart. Many of them injure or kill animals and exploit nature in the pursuit of wealth.

The lengths people are prepared to go for their own benefit is a central theme in Ishavspirater. On the basis of an eco-critical agenda, Nilsson not only questions human greed but also initiates a discussion about what actually gives rise to evil – and what gives rise to courage. As we get closer to the answer, it becomes clear that not everything is black and white, not least when it comes to the worst of crimes. In fact, evil can come from something that is fundamentally good.

Ishavspirater is a rough-and-ready adventure story with a serious foundation. The book has been nominated for the prestigious August Prize, and Nilsson has also been awarded Expressen newspaper’s “Heffalump” for the novel.

Nilsson is the author of children’s books as well as a translator. She has also written scripts for radio and television, dubbed animated films, held acting classes for children, and presented the children’s television programme Hjärnkontoret for SVT. She made her debut in 2004 with Kråkans otroliga liftarsemester, and since then has published a series of popular and acclaimed works. Jagger, Jagger was nominated for the 2015 Nordic Council Children and Young People’s Literature Prize. It belongs to a trilogy thematising different types of exclusion. Apstjärnan and Jag, Dante och miljonerna make up the rest of the trilogy

Nilsson’s books have been translated into over a dozen languages, with Apstjärnan in particular gaining international recognition. It was awarded the French literary prize Les Olympiades in 2013, as well as being nominated for the German children and young people’s literature prize Deutscher Jugendliteraturpreis in 2012 and the Prix Tam-Tam “J’aime Lire” in 2013. Nilsson was also awarded the BMF plaque in 2004 and has been nominated three times for the August Prize, for Jagger, Jagger in 2014, for Hedvig och Max-Olov in 2006, and now for Ishavspirater. In 2014 she was awarded the publisher Rabén & Sjögren’s Astrid Lindgren Prize.