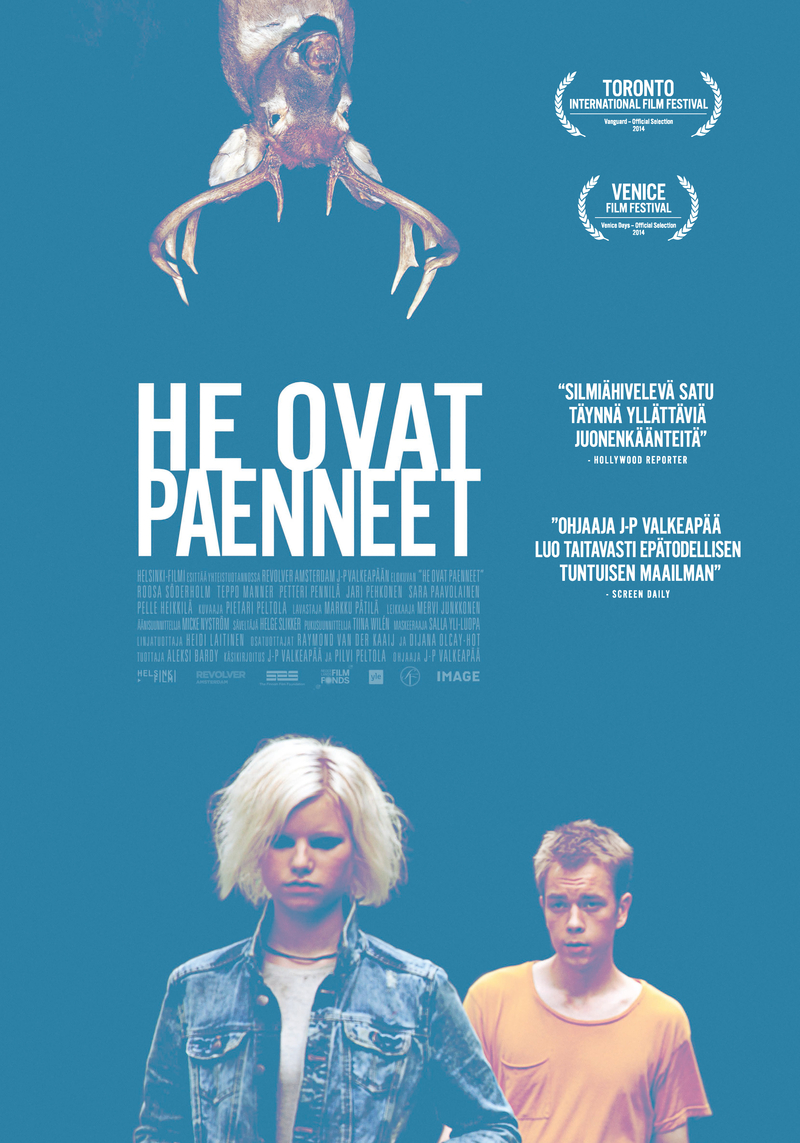 The film tells the story of two isolated teenagers, seeking endless escapes from a society that has alienated them. The girl, an attractive extrovert and the boy, a stuttering introvert, meet in a juvenile detention center. When the boy becomes infatuated with the girl it takes little effort to encourage him to run away with her. They steal a car and go on the run, beginning a journey into drugs, sex and endless escapes.

A gripping coming-of-age drama, a thrilling road movie, a drug-induced fantasy and then some! Jukka-Pekka Valkeapää's They Have Escaped flirts with genre characteristics only to rise above their respective dynamics and to metamorphose into an expressionistic, no holds barred adult fairytale. The exquisite cinematography combined with a thoughtful, multifaceted soundtrack adds to film's strong, dreamlike ambiance.

J-P Valkeapää (1977) attracted international attention as an illustrator and cartoonist. He made the award-winning short films Eyes Closed without Hands (2000) and The Fall (2003) before entering the Cannes Cinéfondation programme in 2005 where he developed the script for his feature debut The Visitor. The film won Best Nordic Film and Best Cinematography at the Gothenburg International Film Festival 2009. His second feature They Have Escaped had its world premiere at Venice Days and picked up four national Jussis film awards in 2015 including Best Film and Best Director.

Aleksi Bardy is the founder of Helsinki -filmi, one of Finland‘s most prominent production companies. His credits as producer and/or writer include many domestic critical and box office hits, some of which have attracted international attention such as Dome Karukoski’s Forbidden Fruit, Lapland Odyssey, Heart of a Lion, Aku Louhimies’ Tears of April and J-P Valkeapää’s The Visitor and They Have Escaped. Films that he has co-produced include Bekas by Karzan Kader (Sweden) and Parked by Darragh Byrne (Ireland).  Bardy is currently working on Karukoski’s English language feature debut Tom of Finland and Valkeapää’s next project Mona (working title) about survival through sadomasochism.

Bardy is also professor at the ELO Helsinki Film School.