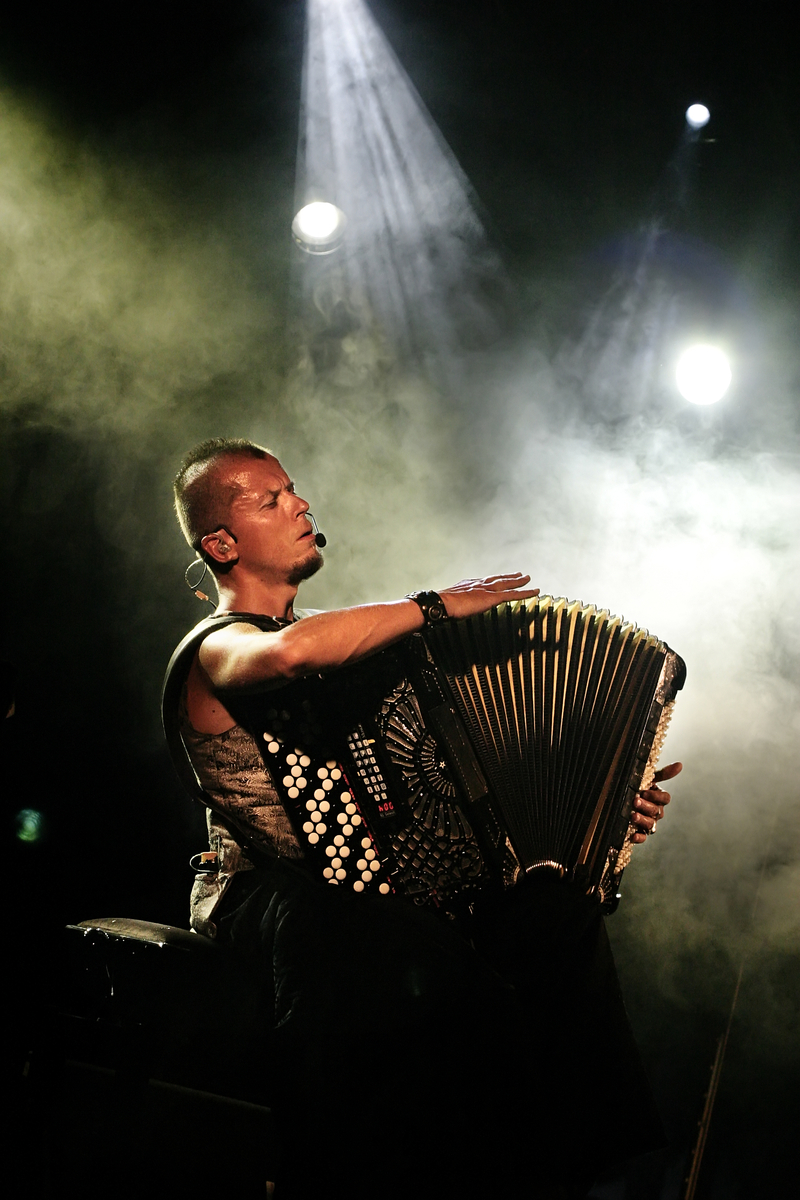 The adventurous Kimmo Pohjonen (1964–) is renowned for revolutionising accordion music, sound and performance. A visionary of boundless creativity, Pohjonen’s roots lie in everything from folk to classical, rock, experimental and theatre music. In 2014, he celebrated his 50th birthday by performing with the Kronos Quartet and an extravaganza of other projects spanning his entire career, including “Uniko” with Proton String Quartet, “Bright Shadow” with ballerina Minna Tervamäki, “Accordion Wrestling” and “Earth Machine Music”.

Pohjonen has worked with internationally acclaimed musicians such as the Kronos Quartet and King Crimson’s Pat Mastelotto and Trey Gunn. A documentary about him, Soundbreaker, has been screened in more than 30 countries. Pohjonen co-composed the score for the 2005 film Jade Warrior, which won the Finnish film prize, the Jussi Award. He has performed on some of the most prestigious stages in the world, including in the Royal Albert Hall, the Barbican, Lincoln Center and Carnegie Hall.