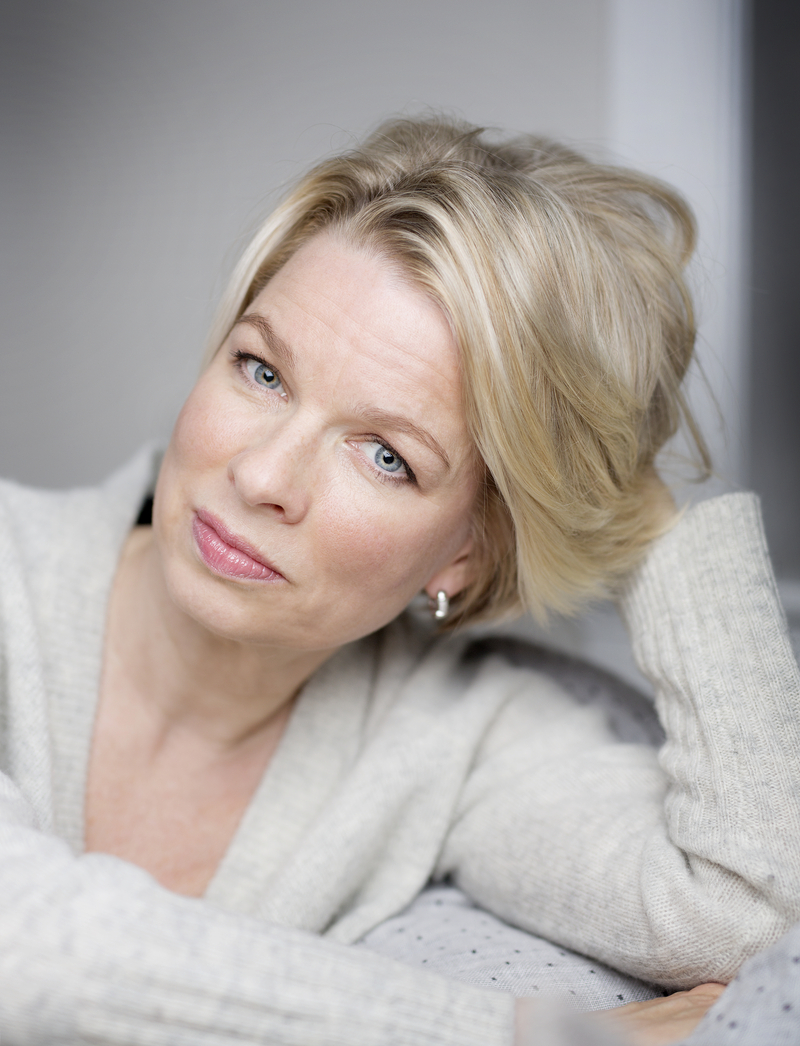 Linn Ullmann’s De urolige (in English “The troubled”) is a novel about a mother, a father, and a child. “To see, to remember, to understand. Everything depends on where you are standing,” the novel says. And Ullmann’s narrator – the adult child – has a clear standpoint, which in itself enables her to talk about her parents with a rare balance between empathy and a more sober observational distance.

De urolige is essentially a work of multi-layered memoir. It has a solid plot: The daughter has some recordings that she made at the end of her father’s life with a view to publishing his memoirs. Her resistance to this project – her palpable fear of the material – is a basic element of the novel, which allows the recordings to be included in a reflective and structurally ambitious tale of their shared past. Parallel to the uncertainty about how the recordings will be used, the narrator keeps coming back to her own face, and the feeling that it is not in place: “She doesn’t look like a single picture of herself, and all the pictures of her are different to one another.” In both cases these feelings are about the basic existential orientation of a life. Who can tell me that I exist?

Ullmann has not hidden the fact that she is telling the story of her own parents. It is clear from the outset that we are dealing with an author who has the unusual ability to successfully deliver memories scenically, as well as to get the memories to a point that lies beyond the specific personal story.

The mother and father in the novel are viewed with considerable love, but the reader is also afforded a glimpse of how their different qualities and life strategies affect others, for better or worse: “Appearances were important for the mother. Her appearance. The appearance of everything around her. She existed through appearance.”

The story, which unfolds across several planes in time, is marked by a narrator who can effortlessly move with the reader through time and space and between different perspectives. Her hesitation towards the original memoirs project relating to the recordings is reflected with courage and maturity in the structure of the novel, and gives the reader the feeling that they are participating in the genesis of the novel. The portrayal is characterised throughout by an empathy that is as fine-tuned as it is sober in its assumptions about what we may know about others: “The truth is that we cannot know that much about other people’s lives, especially not the lives of one’s parents, not least if those parents have made a point of transforming their lives into stories that they then tell with an inspired ability to not care one jot about what is and isn’t true.” Ullmann’s insight into the potential of life stories’ transformative power as well as their limitations has created a novel that is as much about how to understand and talk about life as it is about putting real lives in their entirety under the microscope.

According to the narrator, the work is about three types of love: love between a mother and father, love between parents and children, and love of the place where the action unfolds. The reader may question whether it’s not actually talking about four types of love, as a sub-story about the narrator’s marriage significantly complements the stories about the other relationships and throws them into relief. De urolige is a novel where what is exciting is not the outcome but the narrator’s ability to understand her own story and her own relationships, and how these are continually told and retold.