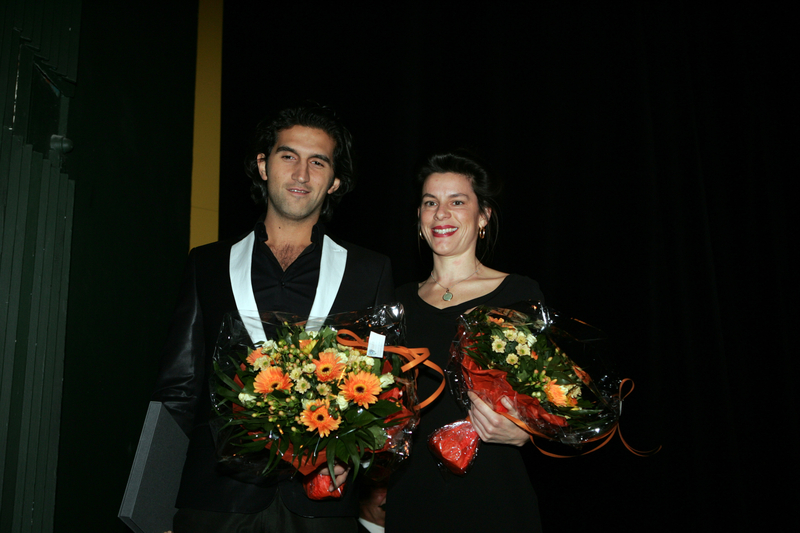 The DKK 350,000 (approx. SEK 440,000) prize was awarded at a ceremony during the Nordic Council’s annual Session in Copenhagen on Wednesday 1 October.

The 2006 prize winner was announced at a press conference in the Swedish Film Institute in Stockholm on Wednesday 11 October. ‘Zozo’ was one of 10 films from the five Nordic countries nominated for the prize.

“‘Zozo’ is a poignant and pertinent film about a child’s survival strategy in the face of war, grief and an alien culture. The film uses a broad range of idioms and combines a strong, realistic story with visual poetry, imagination and humour. It gives an accessible and insightful view of current conflicts and by drawing creative sustenance from different film cultures it offers an innovative approach to traditional Nordic films about growing up".

The main character Zozo grows up in Beirut. In spite of the civil war, he leads a normal life with family, friends and school. But one day the inevitable tragedy strikes and Zozo is torn away from his family and is forced to make his own way in life. His only hope is to make Sweden, a country about which he knows absolutely nothing.

The successful comedies 'Jalla! Jalla!' and 'Kops' have now been followed by 'Zozo', a significantly more dramatic and emotionally charged story; directed with Fares' trademark sense of humour and visual flare.

Josef Fares was born in 1977 in Lebanon. Ten years later he and his family moved to Sweden and the town of Örebro. Josef started making films when he was 15 and sent them around to amateur film festivals. About 50 short films and many awards later Josef started to study at the film school 'Dramatiska Institutets regiutbildning' in 1998.

His association with Memfis Film began with the pilot 'Cool Guys' and was followed by the critically acclaimed box office hit 'Jalla!' After that Josef directed 'Kops' which proved equally popular with audiences. Both films were distributed in over 20 countries.

Born 1971. A decade ago Anna Anthony started at Memfis Film. She was production assistant on Lars von Trier's 'Breaking the Waves' and assistant producer on Lukas Moodysson's films. She met Josef Fares in 1999.

"Lukas tipped me off about him. I rang up and later he came and showed me his short films. I liked them. They were action packed, technically skilful and very amusing.";

Anna Anthony and Memfis Film decided therefore to support the pilot film 'Cool Guys' with some kit and a small budget. Since then Anna has produced Josef Fares' 'Jalla! Jalla!', 'Kops' and now 'Zozo'.