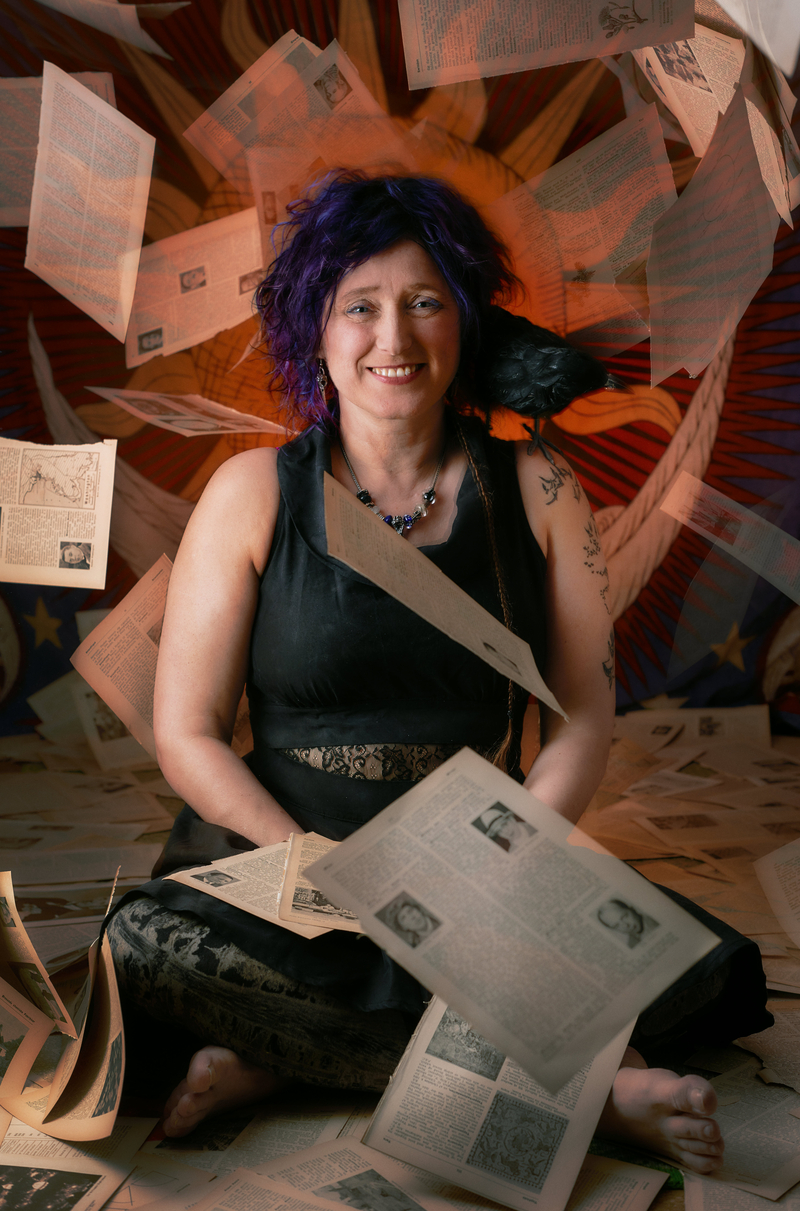 In this heart-warming tale of grief and loss, we encounter three siblings who, each in their own way, experience and process the grief of losing their great-grandmother. In a brief period that is recounted three times, we first of all meet a little brother who is fully occupied with showing how big he is by climbing a tree. Then we meet his sister who, in order to distract herself from her thoughts, flies kites. Finally we meet the big brother who is nominally in charge of the other two, but who just sits by the old well and gives free rein to his grief. As we move from point of view to point of view, the grief becomes more apparent and culminates with the big brother’s memories of his beloved great-grandmother. At the same time, the story’s loose ends from the first two sections are gathered together and culminate in a final section in which the three siblings talk together while united in their grief.

In the picture book Loftar tú mær? (“Will You Catch Me?”, not translated into English), author Rakel Helmsdal puts a topic that can be difficult to talk about into words and pictures. The mood is sad, but also life-affirming, as the book shows death to be a natural and essential part of life – a part experienced not only by adults, but also by children. The interplay between text and pictures gives the story a special depth, and challenges both the child and the adult reader. The play of light and dark images, in particular, and the many ambiguous details help to expand the text and give the reader a sense of presence.

With this picture book, Rakel Helmsdal has made her mark not only as a writer, but also as an illustrator. Helmsdal, who made her debut in 1995 with the novel Tey kalla meg bara Hugo, has written in most genres of literature for children and young people over the past 25 years. She has also been working with puppet theatre since 2011, in which she creates the characters, stage, script, etc., herself. In the nominated picture book she makes use of her work with puppet theatre, in that she has made the figures, objects and scenes, and with them created the graphic scenes in the picture book, which radiate at one and the same time both melancholy and the joy of life.

This is also the third time that the Faroe Islands has nominated a book by Rakel Helmsdal for the Nordic Council's Children and Young People’s Literature Prize. The Faroe Islands have previously nominated her with the books Hon, sum róði eftir ælaboganum (2017) and Miljuløtur (2019). In addition, Iceland has twice nominated her and her two co-authors for the books Skrímslaerjur (2013) and Skrímsli í vanda (2018). In 2016, Helmsdal received the West Nordic Council’s Children and Young People’s Literature Prize for the book Hon, sum róði eftir ælaboganum, and in 2019, she was nominated for the fourth time for the major ALMA award.