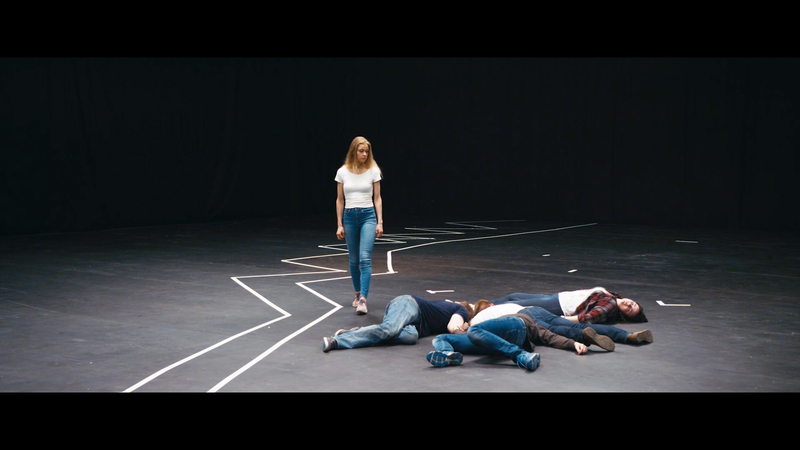 Six years after the Utøya terrorist attack of 22 July 2011 in Norway, Rakel, Mohammed, Jenny, and Torje – all Utøya survivors – gather in northern Norway to remember and reconstruct what happened. They are joined by twelve young Norwegians who want to help and understand. A psychologist is involved throughout the entire project. Together, in a film studio, they reconstruct the survivors’ memories of what happened on Utøya. The survivors tell their story for their own sake, as well as for ours. For the present, as well as for the future. Reconstructing Utøya documents that process.

Darkness and light, reality and fantasy. Despair and anticipation, weight and relief. Reconstructing Utøya has all these. With intelligence, acute sensitivity, and deep respect for the survivors, director Carl Javér has tackled this Nordic trauma head on. The result is something so gripping and engaging that it borders on the unbearable. Together with the young people in front of the camera, he has created a secure and permissive space where the interaction between the contributors and their respect for and trust in each other simply beams compassion out into the world.

Carl Javér (born 1972) is a writer/director/editor, and co-owner of the company Vilda Bomben Film based in Gothenburg. He made his debut in documentary filmmaking in 1996 with the television movie Tel al-Zaatar, The Road Back, co-directed with Anders Berggren. His 2014 film Freak Out! aired on Arte and was nominated for the Dragon Award-Best Nordic Documentary in Gothenburg and won ten awards.

Reconstructing Utøya had its international premiere at the 2019 Berlinale Generation 14plus sidebar and won Best Director and Best Documentary at the Swedish national Guldbagge film awards.

Javér is also a regular lecturer and consultant in documentary filmmaking all over Scandinavia.

Fredrik Lange (born 1964) is a writer and producer, and co-owner of Gothenburg-based Vilda Bomben Film company. He started his career in theatre before turning to film production. He graduated with a master in film production from the Valand Academy at the University of Gothenburg in 2010. His production credits include a dozen documentary films including Carl Javér’s Freak Out! (2014) and Reconstructing Utøya, co-written with Javér. The film was selected at a dozen international festivals and won several awards, including two Swedish Guldbagge Awards for Best Documentary and Best Direction.