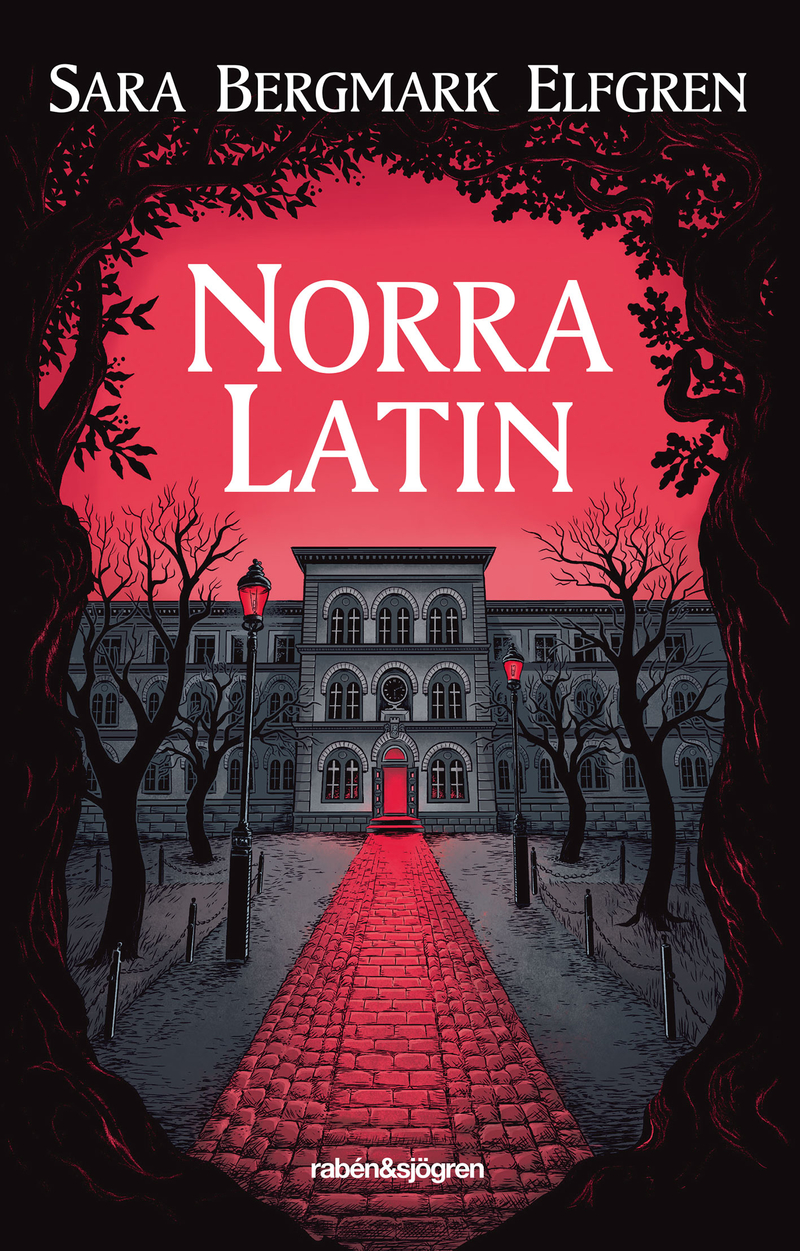 Two teenage girls are at the centre of Sara Bergmark Elfgren’s youth novel Norra Latin. Tamar has moved to Stockholm from Östersund to follow her dream of being an actor. Clea was born into the right circles and is already an established actor. Their paths cross when they start the theatre programme at the illustrious Norra Latin upper secondary school in Stockholm, but their circumstances are different. Clea is popular, dating the coolest guy in school, and plays a central role in the class. Tamar is unsure of herself, doesn’t know where she fits in, and finds it difficult to make friends among the theatre aesthetes. And as if that’s not hard enough, she falls in love with Clea.

Sara Bergmark Elfgren lets these two girls talk in turns in a story about the social game that can control an upper secondary school class. But the story also revolves around something else, which is based on events from a time when school was still the domain of boys. Something terrible is said to have happened at Norra Latin back then, the memory of which has been passed down from pupil to pupil in migratory legend. Tamar investigates further and discovers that Norra Latin is hiding more secrets than anyone could ever have imagined. Tamar and Clea are drawn into a chain of events where lust for power, heresies, and Shakespeare’s A Midsummer Night’s Dream all play pivotal roles.

Norra Latin is a profound work in which Sara Bergmark Elfgren weaves history, myth, and magic into day-to-day realism. In engaging narrative, she gives flesh and blood to the anxiety and dreams of today’s teenagers and their struggle to stand on their own two feet instead of in the shadows of others. They agonise over bullying, destructive relationships, power struggles, and social exclusion. Feelings and fears are cleverly and skilfully portrayed, while the descriptions of Norra Latin with its national romantic wall paintings, winding staircases, and creepy attics are sharp as a razor. The confluence of past and present also shows that certain problems, desires, and structures remain intact despite the passage of time.

In terms of genre, this is a novel of fantastic realism, and it is the interplay between its pinpoint realism and more magical elements that make it so strong. Sara Bergmark Elfgren is unusually adept at creating excellent literature from this interplay – the realism becomes sharper and all the more credible thanks to the elements of fantasy, while the fantasy becomes even more fantastic because the realism is so realistic. Norra Latin has been a conference centre for some time now, but for anyone who has read Sara Bergmark Elfgren’s novel, it will forever remain a theatre school.

Sara Bergmark Elfgren is an author, scriptwriter, and dramatist. Together with Mats Strandberg, she wrote the four youth books about Engelsfors, which have had a huge impact on readers and critics alike and have been translated into 25 languages. The first part, The Circle (English translation by Per Carlsson, Random House, 2012), has been awarded several literary prizes and made into a film. Sara Bergmark Elfgren is also the author of picture books and film scripts and the creator of the Prix Europa-nominated drama pod series Voices of the Dead (2016).