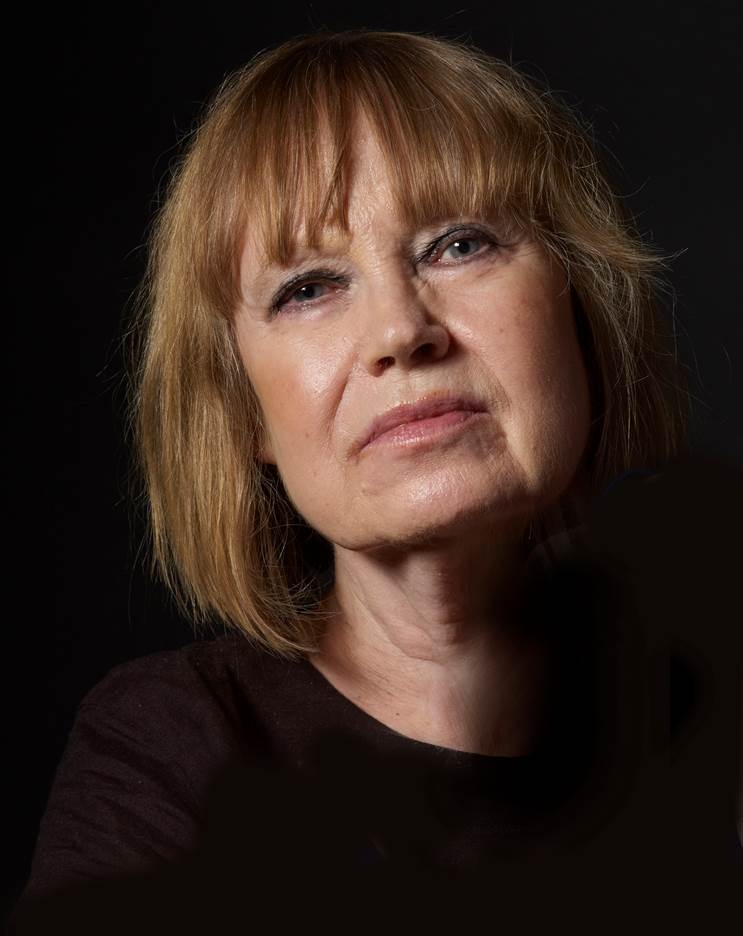 Vita Andersen made her debut in 1977 with the legendary poetry collection Tryghedsnarkomaner, the sequel to which, Hold kæft og vær smuk (1978), invented a completely new way of portraying the lives of women in consumer society – critically, popartically, and accurately. Her major novels that followed, such as the excellent Hva’for en hånd vil du ha (1987), often have a child’s perspective at their centre, a perspective that Andersen is uniquely able to enter into. What the child shares with us in these works is repeated, appalling failings by those who should not fail – adults. These adults are not only parents but also neighbours, teachers, and other authority figures.

In her new autobiographical novel Indigo. Roman om en barndom (in English: “Indigo. Novel of a childhood”) it’s as if all the threads are brought together and find a form that responds to their subject just as accurately as Tryghedsnarkomaner did in its time. The novel is a piece of archaeological memory. It begins with the author as an adult, claiming “her folder” in a public archive to find out what had actually happened when she spent part of her childhood in various children’s homes and with an assortment of more-or-less random people. She cannot remember exactly the places where she was or the order in which events occurred, and when she reads the folder, she finds that she does not recognise much of the content. Her reaction becomes the novel. It dives into the sensations and memories that can be recalled. Much of it centres around smells, sounds, bodily sensations – everything that her body had absorbed and assimilated. And what we get is not a coherent life story so much as a series of sensory images of the diverse environments and people that the little girl is constantly passed among when not at home with her mentally ill mother, who is clearly unable to take care of herself or her two children. When the mother takes her own life, the protagonist is permanently placed outside the home, after which the circle is temporarily closed.

The novel makes for uncommonly harsh reading. The failure of care is absolute. Since the novel lays out memories not through the sense and penchant for words of the adult narrator but rather through the flickering yet unmistakably assured recollection of the body, it offers the reader a fantastic opportunity to see the world with the eyes of a lonely and desperate child. We understand how the child constantly needs to change colour according to her surroundings so as not to become too striking and vulnerable in the many different “homes” she is temporarily placed in. We understand the child’s survival strategies: her magical thinking, her urge to destroy – feelings that have not changed in the least since the 1950s, the period of the novel. In the words of Proust, another great explorer of the bodily memories of childhood, literature gives us access to worlds other than our own. And this is just what Andersen has achieved formidably in Indigo – the dark blue colour – which, for the child in the novel, primarily stands for the unpredictable authority of the adult world.