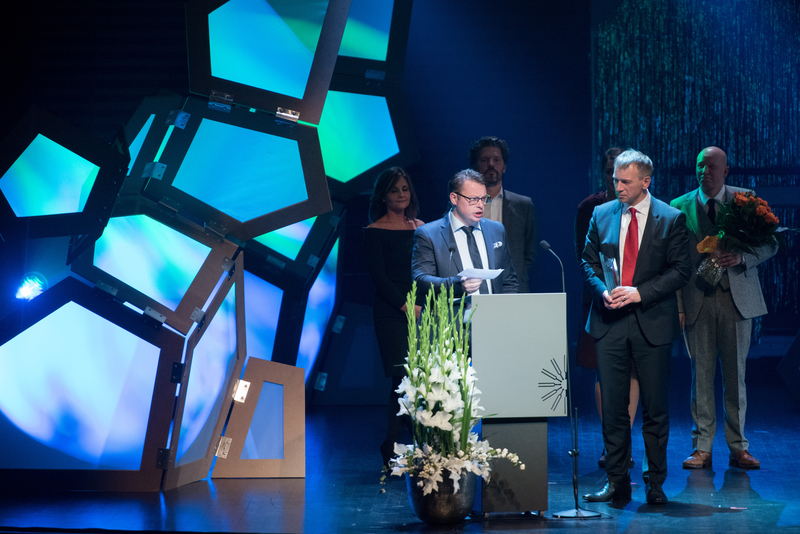 SEV is the biggest supplier of energy in the Faroe Islands. By combining wind and hydroelectric power, SEV now supplies 51% of Faroese energy from sustainable sources.

“The prize goes to the Faroese electricity company SEV for its ambitious targets and innovation. SEV’s work is not only important for the phasing in of renewable energy in the Faroe Islands, but also for the European grid as a whole.

SEV’s new energy-storage system – the first of its kind in Europe – and new energy-management system will come on stream early in 2016. Making the islands a large-scale testing ground for solutions to challenges faced all over Europe.

The Faroese grid is relatively small and is not connected to the mainland European grid, making it difficult to increase the proportion of green energy used because the tendency for supplies from renewable sources to fluctuate can lead to instability.

This has not prevented SEV, which is owned by the Faroese local councils, from setting a target of the islands being 100% supplied by renewable energy by 2030. In recent years, SEV has steadily increased the share of wind power used by the Faroese grid, and expects to reach 56% of total production this year.

The company has launched a pioneering development project designed to counteract the difficulties it faces and channel even more wind power into the grid. The international partners involved in the project envisage the results serving as a step on the path toward a world free from fossil fuels.

SEV’s new energy-storage system – the first of its kind in Europe – and new energy-management system will come on stream early in 2016. Currently undergoing tests in Germany, the system will improve stability and iron out frequency variations. Combined with the new energy-management system, which automatically gives priority to tapping into renewable sources, the storage system will make it possible for SEV to exploit wind power’s full potential and increase the proportion of renewable energy used on the Faroese grid yet again.

SEV and its international partners see global potential in this solution for the isolated Faroese grid. The company is adding lecture rooms to the new storage and management facility due to the interest it expects from the rest of the world.

Its ambitious targets and the creative nature of its efforts to reduce dependency on fossil fuels make SEV a worthy recipient of the Nordic Council Nature and Environment Prize 2015.

The prize is awarded to a company, organisation or individual in recognition of exemplary product development, an invention or other creative endeavour that will help reduce climate-gas emissions.”

SEV supplier of energy
Read more about the Nordic Council prizes
Contact information
Elisabet Skylare
elisky@norden.org
+45 2171 7127
Nordic Council Environment Prize
The purpose of the prize is to raise awareness of environmental work in the Nordic Region.
How can we help you?
More