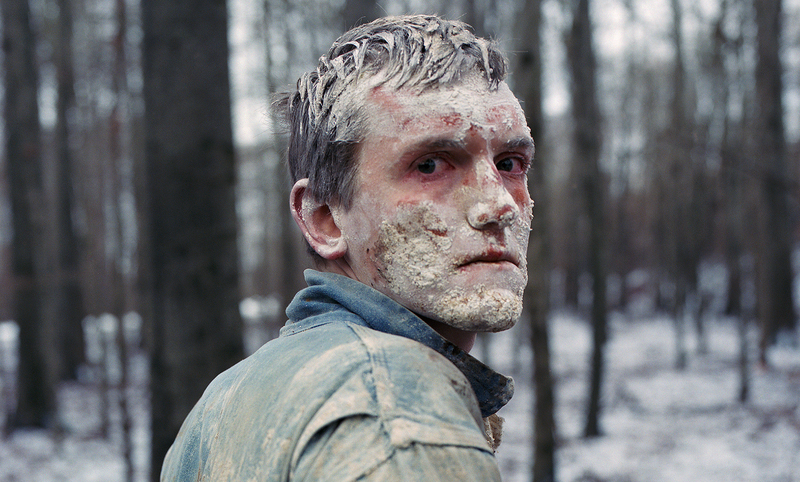 A brother odyssey set in a rural chalk-mining community during a cold winter. The younger sibling Emil distils moonshine made from chemicals stolen from the factory. Emil is an outsider, an oddball, only accepted by the mining community because of his older brother Johan. Emil longs to be wanted and loved. When a fellow worker becomes sick, Emil and the moonshine are prime suspects. A violent feud gradually erupts between him and the tight-knit mining community. At the same time, Emil feels betrayed by his brother when he finds out that Anna, the subject of his unfulfilled desires, prefers Johan.

In a time when the film industry is characterised by conformity and secure solutions, Winter Brothers is something of a breath of fresh air. Director Hlynur Pálmason experiments with strange image combinations and discomforting soundscapes, and although Winter Brothers tells a story of some kind, the experience is based on sensations, associations, and dream interpretations. What to do with a story about two brothers working on a lime mill in a bleak winter landscape? That’s up to us. Pálmason invites us on an excursion, but has no free tickets – the audience is the co-writer of a journey of discovery to an unknown land.

Hlynur Pálmason (born 1984) is an artist and filmmaker born in Iceland. He started out as a visual artist, and continued his career in filmmaking by undergoing training at the National Film School of Denmark. His graduation film A Painter (2013) won Best Short Film at the Odense IFF, the Reykjavík IFF, and was nominated for a national Robert Film Award. His short film Seven Boats (2014) premiered at the Toronto IFF. His debut feature film Winter Brothers had its world premiere at Locarno’s main competition in 2017, where it won four awards. It went on to collect more than 25 international awards including the New Talent Grand PIX at CPH PIX, Best Director at Thessaloniki, and nine national Robert awards including Best Film, Best Director, and Best Actor (Elliott Crosset Hove).

Pálmason is working on his second feature A White, White Day, while pursuing other interests in visual arts and video installations.

Julie Waltersdorph Hansen (born 1985) is co-founder of the production company Masterplan Pictures based in Copenhagen.

Per Damgaard Hansen (born 1984) is co-founder of the production company Masterplan Pictures, based in Copenhagen.

He graduated with a Bachelor of Arts in Film and Media Studies at the University of Copenhagen in 2007. He then enrolled at the National Film School of Denmark for a producer course and graduated in 2013. That same year, he co-founded the production company Masterplan Pictures. Damgaard Hansen has produced several internationally acclaimed short films, including Hlynur Pálmason’s Seven Boats and the director’s debut feature film Winter Brothers. The film has won 18 international awards and nine national Robert film awards, including Best Film.

Damgaard Hansen is a Board Member of the Danish Film Academy, and a member of the European Film Academy. He was ‘Producer on the Move’ at the Cannes Film Festival in 2018.

Anton Máni Svansson (born 1984) is co-owner of the production company Join Motion Pictures, based in Reykjavik. Svansson studied psychology, philosophy, and screenwriting at University of Iceland. In 2007, he co-founded the production company Join Motion Pictures, set up to build close relationships with talented writers and directors. This dynamic has resulted in internationally acclaimed films by Guðmundur Arnar Guðmundsson and Hlynur Pálmason.

Guðmundsson’s first feature film Heartstone had its world premiere at Venice Days in 2016 and won more than 50 awards. The drama was nominated for the Nordic Council Film Prize in 2017.

Pálmason’s Winter Brothers premiered in a competition at the Locarno IFF in 2017 where it won four awards. Since then the film has been sold to more than 20 countries and scooped more than 30 awards. The producer’s next project is Pálmason’s second feature film, A White, White Day.

In 2017 Svansson won the Lorens Award (ex aequo) for Best Producer with Heartstone at the Gothenburg IFF. He was selected as ‘Producers on the Move’ at the 2017 Cannes Film Festival.